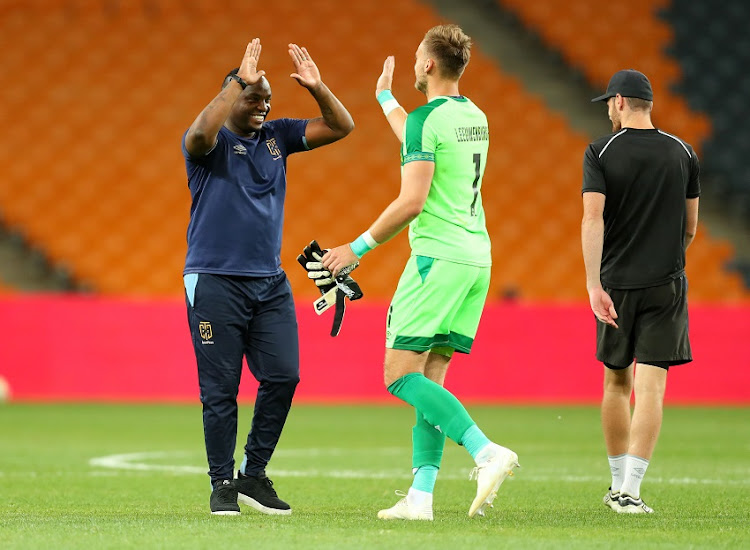 While beleaguered incumbent Stuart Baxter remains in the hot seat‚ Khan said the time had come for the fast-rising Cape Town City coach to be given a chance at the helm.

“I think Benni has proven beyond doubt that he should be given a chance (at Bafana)‚” said Khan.

“What I like about Benni is that he’s a very open-minded coach.

“Benni is not like one of these guys who don’t want to take anything from other people.

“When you surround him with people who have experience he will listen.

"You’re the coach and you’ll obviously make the final decision‚ but he will welcome opinion from other people.

“If it’s like that than it becomes a team effort‚ you know‚ and it always becomes like a team behind a team.

"In other words‚ your technical team are the ones‚ in the background‚ making those key decisions.

"That in the end makes the team successful or a failure.”

Calls for Baxter to step down have amplified since Bafana’s poor showing at the Africa Cup of Nations in Egypt recently.

While the Briton has managed eight wins‚ eights draws and four losses in 20 matches since he took over from Shakes Mashaba in June 2017‚ he still seems to have South African Football Association (Safa) president Danny Jordaan's support.

Jordaan indicated at the weekend that Safa are still happy with the output of the 65-year-old coach.

Khan said it was unbelievable that Safa gave Baxter a five-year contract in 2017. He added that the football mother body must find a way to terminate it urgently and hand the job to McCarthy.

“So I think if we don’t give Benni a chance now we would be fools‚” he said.

“He’s proven beyond a doubt and has done extremely well in Cape Town.

"He’s the coach that players really want to play for and he’s not scared.

“You know what is the beauty of it‚ we will be giving one of our own an opportunity.

"If that didn’t happen at (Mamelodi) Sundowns‚ Pitso Mosimane would not have been the success that he is today.”