Bafana get a bye in WC qualifiers 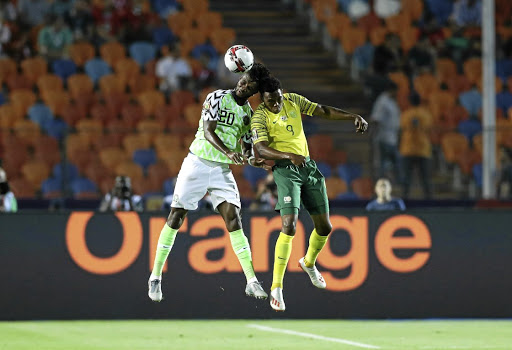 Bafana Bafana will have to wait a while longer to find out their path to Fifa 2022 World Cup in Qatar after the Confederation of African Football (CAF) surprisingly revealed only the preliminary round draw in Cairo yesterday.

CAF had been expected to reveal the full draw for the preliminary round and group stage, but did not, in keeping with a low-key build-up to the qualifiers that included Fifa website incorrectly leaving Zimbabwe out of the pots for the preliminaries.

Bafana's seeding means they have received a bye through the opening round, but for many Premier Soccer League players, it will be crunch time in the September qualifiers.

Zimbabwe have been drawn against Somalia, which should be a routine win for the Warriors, even if coach Sunday Chidzambwa recently walked out on the team.

Namibia, who could also have a new coach, must also travel to that part of the continent as they take on Eritrea, as do Lesotho, who have been drawn against Ethiopia.

Meanwhile, Malawi will face-off against Botswana in an all-Southern African title.

The same is true for Mauritius and Mozambique, while Angola face a tough tie against rapidly-improving Gambia, who are led by former Free State Stars coach Tom Saintfiet.

The ties will be played over two legs in September, with the teams listed at "home" hosting the first leg.

The 14 winners will join the continent's top-ranked 26 sides, including Bafana, who have been exempted from the initial round of qualifiers, in the next draw to be held on a date still to be decided.

Those 40 teams will then be split into 10 groups of four for the second qualifying round.

The 10 winners of those groups will then be drawn against each other in home-and-away fixtures, with the five victors advancing to Qatar.