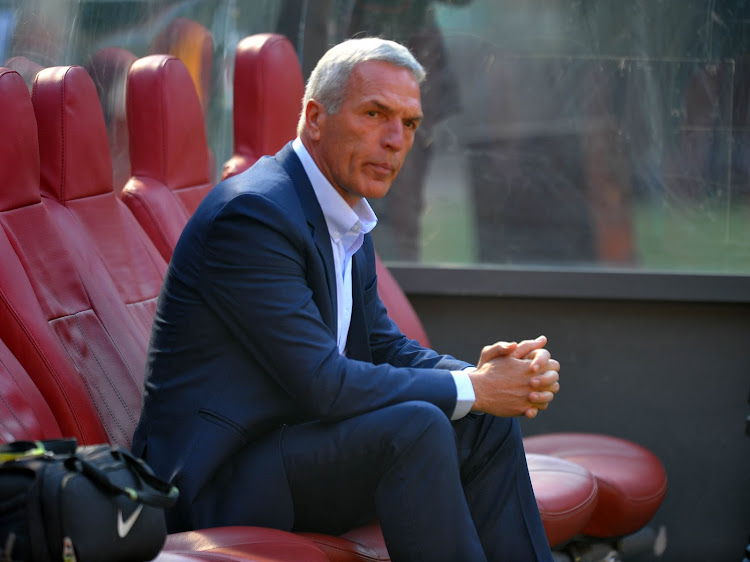 George Maluleka was injured‚ Kaizer Chiefs coach Ernst Middendorp has insisted‚ after the midfielder was not fielded having been voted into the starting line-up in Saturday’s 2-0 Carling Black Label Cup defeat against Orlando Pirates.

Middendorp had complained during the week – during which Maluleka gave media interviews in perfectly good health on Wednesday – that the supporters had not voted in a defensive midfielder and a left-back to his XI.

This prompted speculation on Saturday of a “mystery ailment” having overcome Maluleka to make way for Katsande.

However‚ Middendorp insisted the player picked up a hamstring injury in the training session that directly followed Chiefs' Wednesday morning media open day at their Naturena headquarters.

“George Maluleka was injured‚” Middendorp said‚ unprompted by a question on Maluleka's absence‚ in the post-match press conference.

“In the second last-last [sprint] he got a hamstring issue. We sent him for an ultrasound.

“And please excuse that it is on such a sour note. Because I got the information already that it was doubted why George was not on the field.

“To make it very clear – I would have loved to see him on the field. He had a good pre-season so far.

“But‚ please‚ respect if somebody got an injury‚ somebody is not available. I think‚ let’s take it like this.”

Amakhosi have not won a trophy in four years‚ and finished a hugely disappointing ninth in the league last season.