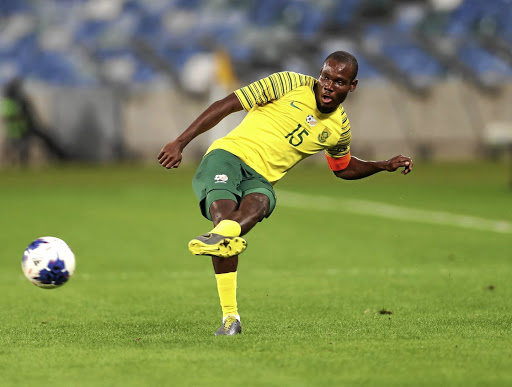 Lehlohonolo Fothoane scored a late goal as Lesotho inflicted a 3-2 defeat on depleted South Africa in the first leg of their African Nations Championship (Chan) qualifier at a packed Setsoto Stadium in Maseru yesterday.

It was a historic moment for the Mountain Kingdom, who claimed a first win over Bafana Bafana in nine attempts - and 24 years of trying - as the late goal sealed victory, to the delight of fans.

Purists might not recognise the hastily pulled together South Africa squad as a full national team, but the match was played for official caps and is recognised as an international by Fifa, which means there will finally be a notch in the "w" column for Lesotho in the history books.

The side was captained by Tercious Malepe, who was also the most experienced player in the side in terms of top-flight appearances.

South Africa were stung by an early strike from Tsepo Seturumane for the home side, who netted inside the opening five minutes. It looked as though they would go into the break a goal down, but Malepe converted from the penalty spot in first-half injury time to level the score.

South Africa had battled to create anything to that point, with coach Notoane showing his frustration as he withdrew Rambuwane for Bongokuhle Hlongwane.

Athenkosi Dlala came close with a free-kick that whistled just past the post, but South Africa fell behind when Malepe was adjudged to have handled in the box. Makara Ntaitsane made no mistake from the penalty spot.

Phewa was introduced for Conco with 15 minutes remaining, and turned hero as he netted at the end of a brilliant team move, which included a superb pass from Kamohelo Mahlatsi.

Notoane might have hoped his side had rescued a draw, but they fell behind once more with a minute to go as Fothoane netted to send the stadium into a frenzy.

The return leg will be played on Sunday at Dobsonville Stadium in Soweto.