Winning this one a huge boost - Bernard Parker 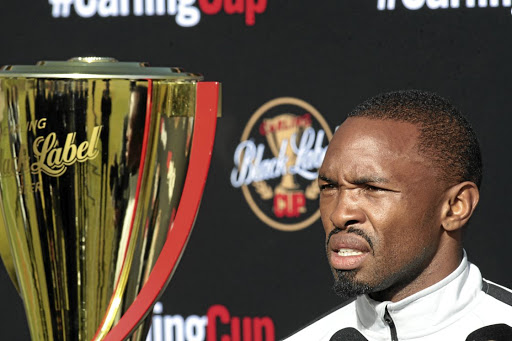 Bernard Parker during the Kaizer Chiefs media open day at Naturena. He got the most Beer Cup votes. /Veli Nhlapo

With the amount of criticism he's been receiving from a section of Kaizer Chiefs' supporters, it's rather surprising that striker Bernard Parker has garnered more votes than any other player in the Carling Black Label Cup.

For this sold-out "beer cup" clash against arch-foes Orlando Pirates at FNB Stadium tomorrow (3pm), Parker amassed more than 89,000 votes, making him the most-voted-for player from both teams.

"There'll always be criticism, but I have been in the game long enough to know that criticism is nothing personal," said Parker.

"It's just a kick in the butt to say 'hey, pull up your socks'. The supporters see that we put in the work, the passion is there."

Despite having recruited only four new players so far, Parker has given an impression that the Glamour Boys' squad is an improvement on last season.

"I can feel it that we are stronger. Although we lost a few good players, we've gained good players as well," noted the Amakhosi striker.

"The internationals and the guys from our MDC team look sharp... they know the culture and the system, they are ready to get the ball rolling.

As one of the senior players at Naturena, Parker, 33, has been impressed with the new arrivals' contribution in the pre-season.

"We've done a lot of work in pre-season, in terms of... not only on the field, but also getting to work on the mental part of football as well and new players have said yes, that they understand that the team haven't won anything in the past four seasons, they are eager to add value," explained Parker.

Kaizer Chiefs will aim to flex their muscle of a gulf in player power and experience that they enjoy over upstarts TS Galaxy and eave nothing to ...
Sport
2 years ago

The erstwhile Bafana Bafana ace foresees a bright campaign for the Soweto club, who have not won a trophy in the past four seasons.

"I feel we will have a great season, based on the pre-season, it was one of the best pre-seasons from the past four years. The energy, the work ethic was there. The feeling is much stronger than before."

The experienced marksman has also explained the importance of winning tomorrow's derby against the Buccaneers.

"Game one, start strong, win it, get the pride back and get the supporters, those we've lost, get them back into that belief system again.

"Winning it would be a massive confidence booster for us going into the new season. We need to start strong."

Teams like Pirates, Raja Casablanca were also after him
Sport
2 years ago

Kaizer Chiefs not too fussed over new jersey hate

Kaizer Chiefs says it appreciates both the negative and positive feedback it got from fans.
Sport
2 years ago
Next Article