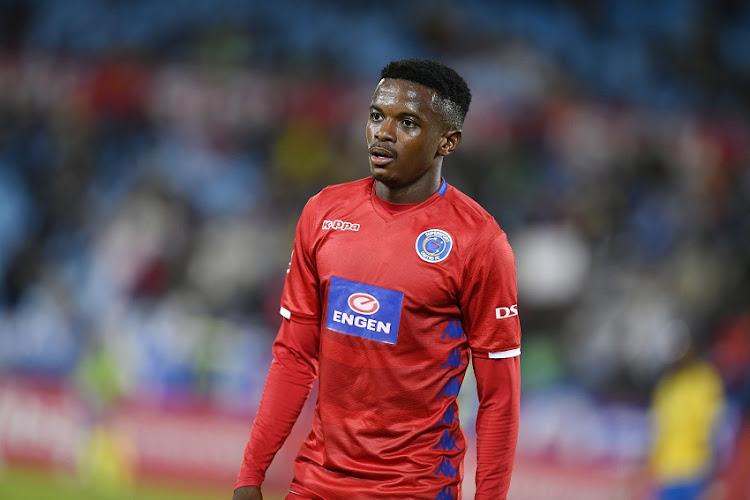 SuperSport United coach Kaitano Tembo says promising midfielder Teboho Mokoena is focused on his task at the club for the coming season even tough talk of trials overseas have been circling around him for months.

“I’m happy that the boy is really focused. He has been tremendous‚ especially since we started preseason regardless of all the talk about a possible transfer‚ all the media speculation‚” said Tembo.

Mokoena had been promised a trial in Germany or Holland during the off-season by club boss Stan Matthews‚ but this did not materialise.

But if the 22-year-old from Bethlehem is struggling with disappointment it has not shown itself during the preseason preparations‚ according to his coach.

“He has been a model professional and I’m really happy with him and I know he’s going to have a really good season because he’s had a really good preseason as well‚” Tembo said.

The coach added that SuperSport will be looking to more of the club’s younger brigade to boost the team’s chances of league success in this campaign.

“That’s what we are trying to do‚ we always have to try and promote youth‚” the ex-centreback said.

“We don‘t have the budget to go out and spend a lot of money on players. We have to also look at the youth.

“Some of our youngsters like Ghampani Lungu‚ Jamie Webber and Luke Fleurs played a part last season as we introduced them gradually but this season they will play a huge role.

“They are now getting used to the PSL‚ the conditions and the intensity of the game at this level.

“We are already looking ahead to next season and those youngsters that are coming up‚ how we can help them to grow‚” he added.