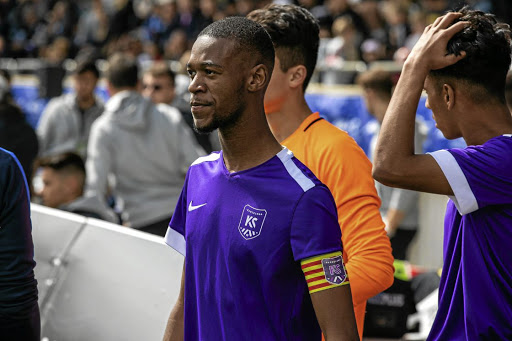 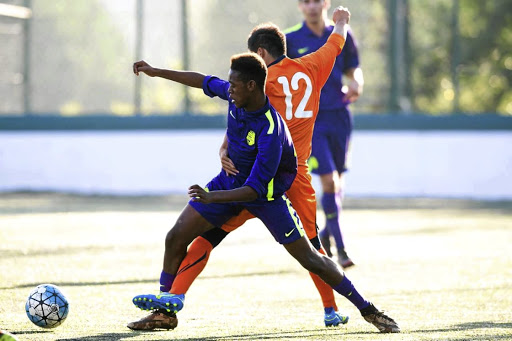 Kwinda Netshitangani is not your typical young footballer who's just happy to sit around even if his career is stagnant and that sets him apart from many.

The name may not ring a bell now, but he could very well be a big talking point in South African football circles in the next few years, even though he's making headway in Europe.

Netshitangani, 18, was in the news some months ago when video clips of him going past opponents like a knife through butter in Spain, where he is based, surfaced on social media. The hype has since died down, but the attacking midfielder has a burning desire to make it to the very top of world football.

He turns out for Barcelona-based football academy, Kaptiva, and at the rate he's going, he promises to contribute big to SA's national teams.

Born and bred in Johannesburg, it's rather surprising that he's already in Europe, but as mentioned earlier, he's on the move, and fast.

Percy Tau will play for Club Brugge this season after his English Premier League side agreed a loan move‚ but without the option for the Belgian club ...
Sport
1 year ago

"I started playing football at the age of six and first it was a hobby. I started with Sandton FC and moved to Highlands Park. I also played for Bophelo Football Academy and Discovery FC," Netshitangani told Sowetan while on a break in SA recently.

"When I went to high school, I then decided that I would like to pursue football as a career [and] play professionally.

"I researched for football academies in South Africa and discovered Tuks Sports High School, which is linked to the University of Pretoria's High Performance Centre.

"It offers an opportunity to develop in sports plus academics. I started at Tuks in January 2014, at age 14."

True to his ability, he was Tuks's player of the year in each of the age groups he featured in, before switching to Europe.

"I'm not certain if someone has broken my record after I left. I learnt a lot at Tuks and the development was brilliant."

Kurt Abrahams’s coach at Belgian second-tier side Westerlo has been raving about the young forward‚ suggesting he “can do things that many other ...
Sport
2 years ago

He went on to complete his matric in Spain and is now studying for a bachelor of business administration through the EU Business School in Barcelona. Netshitangani, however, remains firmly focused on becoming a great footballer.

Unlike many footballers who have relied on agents to secure overseas moves for them, Netshitangani created his own path.

"At the beginning of 2016, I felt stagnant and I was hungry for growth - to take my game to a higher level. I then researched for opportunities in Europe, applied and several of them invited me for trials.

"Kaptiva Sports Academy in Barcelona was my preferred choice. In September 2016, I then moved to Spain and joined Kaptiva." The academy is located in the affluent town of Sant Cugat del Vallès in Barcelona province.

Netshitangani is now even fluent in Spanish. His progress has seen SA U20 national team coach Thabo Senong call him up to the 75-man provisional Fifa World Cup squad earlier this year.

Netshitangani didn't make the final cut, but is not discouraged by the snub. It's all work in progress.

"If called up [again], I will embrace it with both hands and proudly represent my country, South Africa.

"For now I'm just grateful to the people who have always supported me and contributed positively to my development and career."

Former Kaizer Chiefs star Pule Ekstein has joined Sabah FC on a two-year contract and will be playing his football in Azerbaijan next season.
Sport
1 year ago

Bafana Bafana’s forgotten man May Mahlangu will feature in the UEFA Europa League on Thursday‚ one of just a handful of South African players in ...
Sport
1 year ago
Next Article