Khama Billiat's agent: 'I wouldn't know if Kaizer Chiefs and Sundowns are talking' 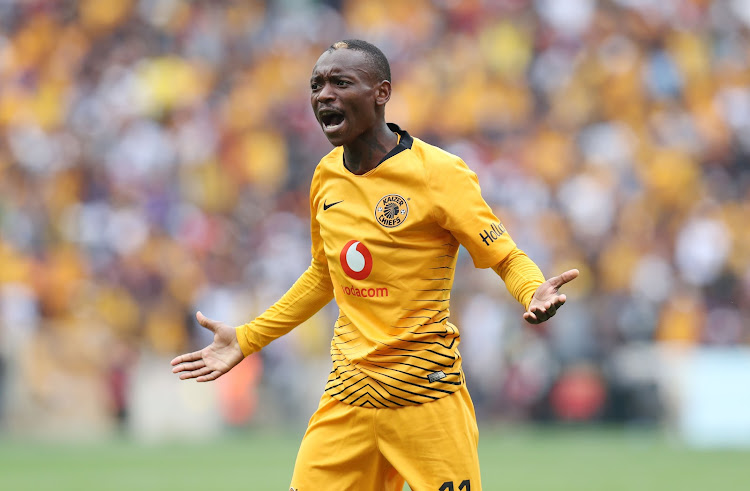 Khama Billiat of Kaizer Chiefs celebrates after been given a penalty during the Absa Premiership 2018/19 match between Kaizer Chiefs and Orlando Pirates at the FNB Stadium, Johannesburg on the 09 February 2019.
Image: ©Muzi Ntombela/BackpagePix

Is Khama Billiat leaving Kaizer Chiefs and about to make a sensational return to Mamelodi Sundowns?

That is the multi-million rand question on the nation's soccer lovers' lips as speculation continues to furiously link the Chiefs’ attacker with a return to Sundowns barely 12 months after joining Amakhosi from the Brazilians on a free transfer.

High level talks are believed to be at an advanced stage and an announcement is expected to made imminently to confirm a sensational transfer that has split opinion between Chiefs and Sundowns fans.

Cash-flush Sundowns have apparently tabled a multi-million rand package to lure the Zimbabwean ace back to Chloorkop and the Brazilians have sweetened the bid by dangling several players as part of the proposal.

But despite the furious speculation reaching fever pitch on Thursday‚ Billiat’s agent Michael Ngobeni insisted that he was in the dark about the pending move.

Ngobeni conceded‚ though‚ that even if Chiefs and Sundowns were in talks behind the scenes‚ he would only come into the picture after both parties reach an agreement.

“If they are discussing the move‚ then I don’t have to know about it.

"I can only know about it‚ let’s say‚ if maybe they have agreed on something.

"Then I will come in and talk to my player‚” said Ngobeni.

“But if they are talking of a possibility of doing that deal‚ it has got nothing to do with me and I don’t have to know.

"Unless there is a movement going on then I have to be in it.”

Speculation continued to spike on Thursday and with Chiefs having only signed just four players so far (the transfer window closes on August 31)‚ cashing in Billiat's transfer fee and also acquiring quality players who have struggled to nail down regular places in the star-studded Sundowns team would make perfect business sense for Amakhosi.

Chiefs will go into a fifth year without winning silverware in the next few weeks and their hopes are pinned on the pint-sized Billiat and other new recruits firing from all cylinders.

But it is still unthinkable that Amakhosi would turn down an opportunity to cash in on a player they signed for free last June and on the possibility of adding quality players to their ranks.

On the other hand‚ a move back to Sundowns has the potential of dividing the dressing room at Chloorkop.

If the move happens‚ it has the potential of causing a rift in the change room as Billiat would return on a big money move and probably become the highest earning player in South Africa.

Billiat is expected to lead the charge for Chiefs in the Carling Black Label Cup on Saturday against arch rivals Orlando Pirates at FNB Stadium.