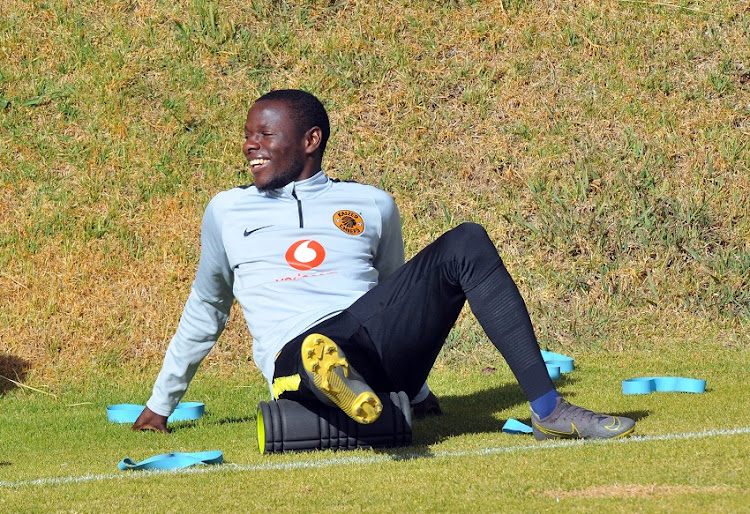 Lazarous Kambole knows Zambian strikers have scored goals in the Absa Premiership – notably his Kaizer Chiefs predecessor Collins Mbesuma – but says he has joined Amakhosi to “write my own history”.

Kambole (30) joins Chiefs having wracked up trophies for Zesco United.

The deep striker or wide player made his name in the Caf Champions League‚ where he was a star player as coach George “Chicken” Lwandamina’s men reached the semifinals in 2016‚ losing against eventual champions Mamelodi Sundowns.

Zambian strikers have excelled in the PSL‚ none less so than Mbesuma with his record-breaking 35 goals in 2004-05. Chris Katongo was the 2006-07 league top scorer for Jomo Cosmos.

Last season Mwape Musonda scored the most goals in the PSL (16) for Black Leopards.

“He’s Collins Mbesuma and I’m Lazarous Kambole and I’m here to write my own history‚” Kambole said of comparisons to his ex-Zambia international countryman.

“Of course most of the Zambians who have played in the PSL have done so well. Especially strikers – they have scored a lot of goals.

“And it’s a motivation for me. I also want to write my own history here. I want to score goals. I want to assist and above all to win something for this great club.”

Kambole stayed loyal to Zesco as offers came in from abroad. At 30‚ he chose Chiefs – trophyless for four unprecedented seasons – over a number of other potential destinations‚ including Pirates‚ reportedly.

“I was with Zesco for six years. I have won five trophies with them. And I just wanted a new challenge‚ a new chapter‚ which is Kaizer Chiefs‚” he said.

“Kaizer Chiefs is a big brand. They are a big club with a rich history. And of course it’s a professional club. The way they do things‚ it’s great to be here.

“But the decision came from my heart. It was not about money.

“I received offers from Belgium‚ Australia‚ Congo‚ other teams in SA‚ Primeiro de Agosto in Angola. But the decision was so easy for me to come here and join Kaizer Chiefs.

“I wanted a new challenge too. For four years they have not won a trophy‚ so that’s a big challenge for me.”

Arriving as easily Chiefs’ highest-profile signing – on the back of being named Zesco’s 2018-19 Player‚ Player’s Player and Most Disciplined Player of the Season – expectations on Kambole will be high.

“It demands hard work. I know they are expecting a lot from me. But I’m not under pressure. I’m just the same guy I was at Zesco‚” he said.

“I know what I’m capable of. And I’m here to add value to the team.”