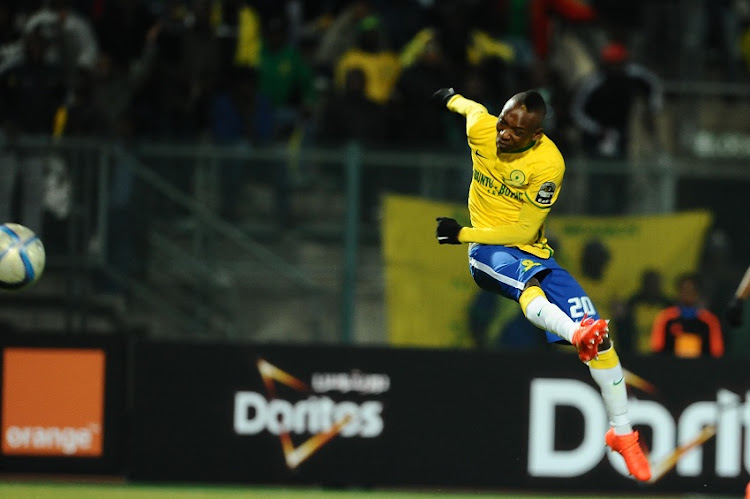 Khama Billiat's expected return to Mamelodi Sundowns moved a step closer after it emerged on Thursday that it was actually the Kaizer Chiefs midfielder who approached the Brazilians about going back to Chloorkop.

A highly placed insider at Sundowns told SowetanLIVE on Thursday that a deal is imminent as coach Pitso Mosimane also wants the player back.

"The way things are at the moment‚ he (Billiat) is not entirely happy at Chiefs and wants to return to Sundowns.

"But he has a contract with Chiefs and that is what is going to complicate things here."

The insider said he expects Chiefs to do everything in their power to hold onto the player to avoid the embarrassment of losing a key member of their squad to the opposition‚ and so close to the start of the new premiership season.

"Chiefs will not want to lose him at this critical stage as they are rebuilding the team‚" the insider continued.

"Their fans won't be happy to see their best player of last season leave for rivals.

"There are financial figures that have been thrown around and at the end of the day the two clubs will have to find each other if a deal is to be concluded."

Chiefs’ communications manager Vina Maphosa said they have observed the mounting speculation around Billiat with keen interest and they reject any attempts to undermine the side.

"Khama is a Kaizer Chiefs player and we are watching the media and social media speculation‚" he said.

"We condemn anything that seeks to destabilise the team with the contempt it deserves.

"If there is or are players movements‚ they will come from Kaizer Chiefs and at the moment there is no such."

And when approached for comment on Thursday afternoon‚ Billiat’s agent Michael Ngobeni referred to a comment he issued to another publication this week and said in a WhatsApp response:

"Nothing much to say except he (Billiat) is happy to stay at Kaizer Chiefs for another season. He wants to win something with Kaizer Chiefs."

High level talks are believed to be at an advanced stage and should the two clubs agree on terms‚ an announcement is expected to be made to confirm a sensational transfer that has split opinion between Chiefs and Sundowns fans.

During his stay at Sundowns‚ Billiat won the league title‚ the Caf Champions League and Super Cup.

Sundowns' only major signing during the transfer window has been Uruguayan striker Mauricio Affonso and the crisp Billiat would be an important addition to Mosimane's midfield.

Chiefs finished outside the top eight on the log standings last season and will not feature in the season-opening MTN8 cup competition and continental football.