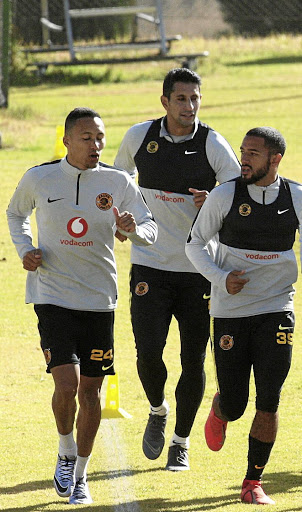 Having initially transfer-listed him and removed him from the Carling Black Label Cup ballot, Kaizer Chiefs no longer want to release striker Leonardo Castro.

Amid exhausting their foreign quota, Chiefs were prepared to part ways with Castro. But the Colombian forward has since done well in the pre-season, prompting the club to make a U-turn.

"Castro is having a good pre-season. I am very happy with him at the moment, how he took this pre-season, how he contributed into it," said Chiefs mentor Ernst Middendorp.

"He is coming back into the place, into the interest from our side, can be a good pairing with some other players, with what we have seen so far."

Being taken-off the voting system means Castro is not eligible to play in the "Beer Cup" against arch-rivals Orlando Pirates at FNB Stadium on Saturday (3pm).

As the other four foreigners are the new signings, the confirmation of Castro's stay means one between Nigerian goalkeeper Daniel Akpeyi and Madagascan midfielder Andriamirado "Dax" Andrianarimanana will make way.

Missing the better part of the pre-season because of their involvement in the recent Africa Cup of Nations seems to have put Akpeyi and Dax on the back foot.

"The decision [as to which foreign player must go] must be done at a certain time. At the moment we do not have to decide," noted Middendorp.

"We have six players and we have five players into it. When we started pre-season Castro was somehow going, okay let's go and look for options then it came in a different way. It looks like we will go with him as one of the five (foreigners)."

While Middendorp is content with his new recruits, he gave an impression he's more focused on getting the best out of the players who are coming from injuries, the likes of Itumeleng Khune, Eric Mathoho, Lebogang Manyama, Ramahlwe Mphahlele and Happy Mashiane, among others.

"We have players like Itu, injured in the beginning of January, no doubt Itu is a No.1, he's so influential with organisation and leadership.

"Mathoho, I think I don't have to explain the value of Mathoho. We have players like Rama, Manyama and Happy.

"The main priority is to get these players to the maximum level of performance."