Tau for Champions League at Brugge 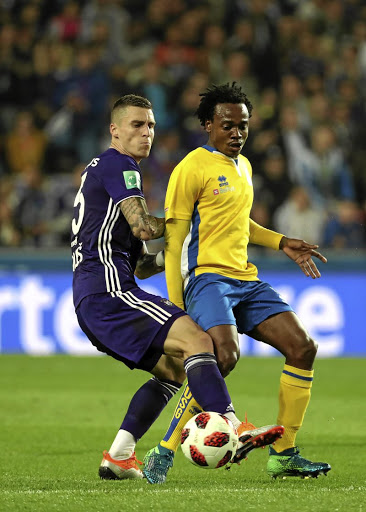 Percy Tau has a chance to play Champions League football again this season - but this time in the Uefa rather than the African version.

A decision is expected before the end of the week on whether Tau will move to Club Brugge for the new season on loan, extending his stay in Belgium but moving up from second division Union St Gilloise.

But reports suggested the deal was as good as done.

His hopes of going to the Premier League in England look to still be on hold but the prospect of Champions League football will certainly soften the blow.

Tau was bought by Brighton and Hove Albion this time last year but then loaned to Belgium to gain experience and because of work permit issues.

His first season in Belgium delivered 13 goals and 13 assists in 25 matches for Union, plus the accolade of the best player in the division.

Brugge were drawn in the third qualifying round of the Champions League against Dynamo Kyiv of Russia.

Brugge, who were second to Racing Genk in the Belgian league last season, also kick off the new domestic season this weekend but Tau would not be expected to play for several weeks after his participation at the Africa Cup of Nations in Egypt.

Brugge already have several Africans on their books - Krepin Diatta of Senegal, who played in last Friday's Cup of Nations final and his compatriot Amadou Sagna, Nigeria's David Okereke and Emmanuel Dennis. Simon Deli and Odion Kossounou from the Ivory Coast, Morocco's Sofyan Amrabat and Clinton Mata of Angola are also on their books.

Nigeria aimed to utilise their physicality to muscle an advantage‚ and their speed up-front to keep Bafana Bafana pinned back‚ goal-scorer William ...
Sport
2 years ago
Next Article