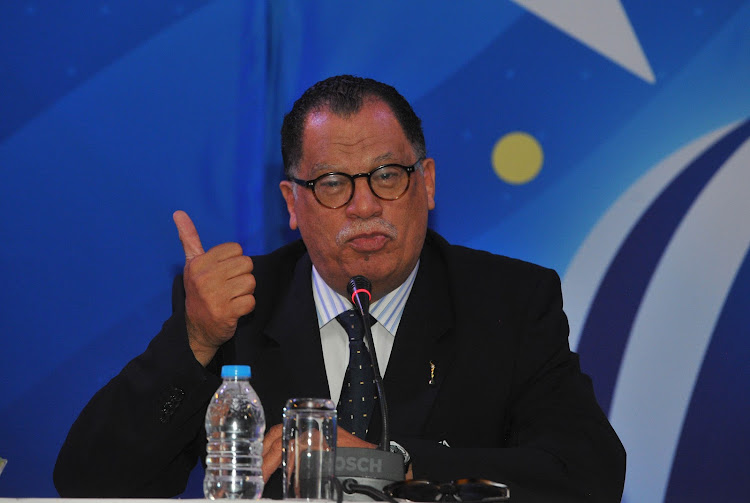 South African Football Association (Safa) president Danny Jordaan has been appointed the third vice president of the Confederation of African Football (Caf) in a shock move as the latest chapter in an increasingly sordid affair in the corridors of power clouded the eve of the Africa Cup of Nations final in Cairo.

It is a stunning chance of fortune for Jordaan‚ appointed to the post by Caf president Ahmad Ahmad who just weeks ago was a bitter enemy of the Safa boss.

Jordaan‚ seen largely as an outsider on the Caf executive committee‚ only last September had the considerable forces of Ahmad stacked against him as he bid for a seat on the Fifa council and was embarrassingly beaten by unknown Walter Nyamilandu of Malawi.

Ahmad had also beat Jordaan to a place on the Caf exco back in 2011 when the Malagasy was an unknown figure.

South African Football Association (Safa) president Danny Jordaan did not mince his words in Egypt‚ saying simply he was "not impressed" with the ...
Sport
2 years ago

Now in a sudden reversal‚ Ahmad has pulled Jordaan into his inner circle as he tries to cling onto power amid a raft of allegations against him.

The change came at a dramatic exco meeting in Cairo on Thursday where Ahmad fired his first vice president and the president of the Nigerian Football Federation Amaju Pinnick.

Pinnick and Jordaan had been seen as the two main dissidents on the Caf executive as it has bumbled along through the scandal over corruption‚ fraud and sexual harassment allegations against Ahmad.

Ahmad is the subject of a Fifa ethics investigation and faces being suspended.

Constant Omari of the Democratic Republic of Congo (DRC) is now the first vice president and Morocco’s Fouzi Lekjaa will be the second vice president.

The appointment of the vice presidents is the prerogative of the CAF president and not elected posts.

Safa submit Afcon bid‚ but with government yet to give backing

Safa have submitted a bid to host the 2019 Africa Cup of Nations (Afcon)‚ but are apparently awaiting clarification on various key points.
Sport
3 years ago

Ahmad has now in the space of three months fired his general secretary‚ who reported him to Fifa‚ his finance director and now senior deputy.

His ploy in getting rid of Pinnick not only shows a hand of strength at a time when he would appear to be vulnerable but also ensures that if he is suspended‚ Pinnick does not take over‚ but rather one of Ahmad’s loyalists.

The reasons for Ahmad’s sudden elevation of Jordaan are not as clear‚ amid cries of treachery from Nigerians.

For Jordaan‚ it helps to strengthen his hopes of keeping his Caf seat when he comes up for re-election in 2021 and if Ahmad can rally support behind him‚ it will give him a credible chance for another crack at his long cherished aim – a Fifa council seat.

But by taking such a post‚ Jordaan is also tacitly condoning Ahmad’s continued reign and by extension a sordid litany of charges of skimming money from Caf.

It would seem a step in the right direction as far as personal ambition is concerned but without any consideration for what is right for both African and South African football.

The SA Football Association (Safa) have hastily retracted a previous statement that they have submitted documents to bid to host the 2019 Africa Cup ...
Sport
3 years ago

Can SA beat the clock and host next year's Nations Cup with just six months of preparations?

SA will likely only have six months to prepare for an event that usually takes years to plan and South African Football (Safa) president Danny ...
Sport
3 years ago
Next Article