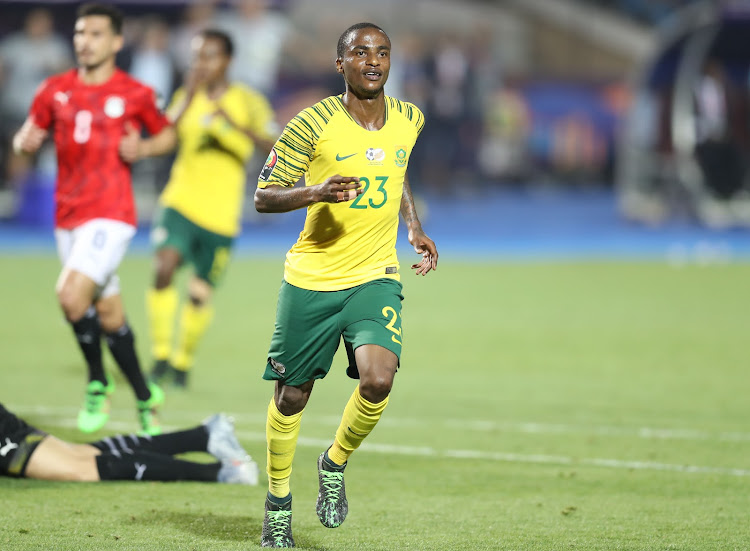 Orlando Pirates coach Milutin Sredojevic hopes the experience picked up by Thembinkosi Lorch at the Africa Cup of Nations will stand the club in good stead in the coming African Champions League campaign.

Lorch scored against the host nation in the last 16 in Cairo in the only convincing performance from the South African national team at the tournament in Egypt‚ playing also in the quarterfinal loss to Nigeria but not in the opening three group stage games.

Pirates also had Innocent Maela in the Bafana squad‚ although he did not play‚ and Kudakwashe Mahachi and Marshall Munetsi in the Zimbabwe squad.

Both of them have since left the club.

Mahachi is now at SuperSport United while Munetsi has gone to France.

“We believe they have gained great experience and they’ve seen the bar they have to set for themselves in order to be able to try and win the CAF Champions League this season‚” Sredojevic said as Pirates continues their pre-seaon preparations in Cape Town this week.

“That will serve us well.

"It’s a good injection of experience‚ especially for (Thembinkosi) Lorch‚ who played that game against Egypt and who has felt what it is like to compete in front of 90 000 people in the Cairo International Stadium.”

Lorch and Maela have been given time off to rest‚ meaning they will only return with just days left before Pirates' opening game of the new season against Bloemfontein Celtic in Soweto on August 3.

“They will come back in the next seven to 10 days‚" he said.

"We needed to switch them off because it really was a grueling season for them.

"They went directly from the end of the season to the Africa Cup of Nations preparations‚” added the Pirates coach.