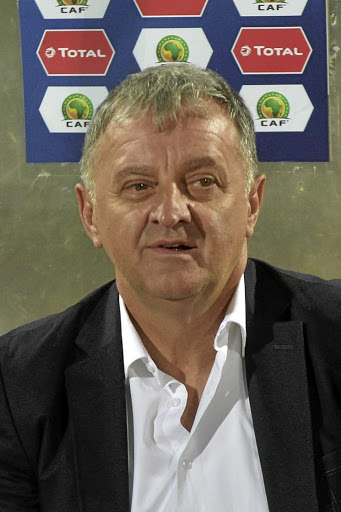 Polokwane City have been trying to keep the identity of their new coach under wraps for the past few weeks but the cat is now out the bag.

Serbian Zlatko Krmpotic is the man who has taken over the reins at the Limpopo club.

City are planning to hold a press conference next week where they will unveil the coach and some new signings.

The 60-year-old Krmpotic has only been introduced to a few trusted club officials and has not formally met the players but has been observing training sessions.

"The coach is here and but has not yet been training the players. We have been instructed not to mention him until the boss officially announces him," an insider at the club said.

When contacted for comment a dismissive City owner Johnny Mogaladi said "I can't speak now, I am driving," before dropping the call.

Krmpotic has apparently signed a two-year contract and is waiting to get a work permit. The tactician has worked in the country before, having had a short stint at Royal Eagles last season.

He also has experience coaching on the continent, having been in charge of Zesco United in Zambia (2017) and Jwaneng Galaxy in Botswana at some point last year.

Rise and Shine were forced to look for a new coach after Slovakian Jozef Vukusic resigned in May. Back then, Mogaladi had vowed to fight the resignation and force Vukusic to honour the remaining 12 months of his contract.