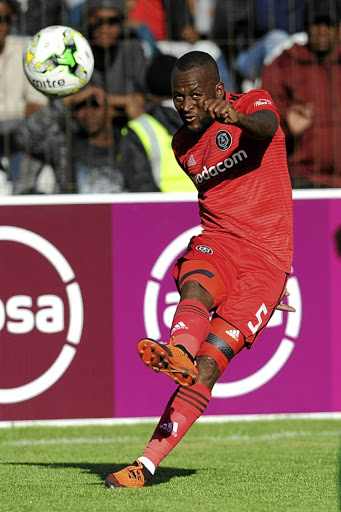 The pursuit of precious playing minutes has led to yet another veteran leaving Orlando Pirates with Mpho Makola the latest to jump ship.

After seven seasons at the club, Makola had his contract terminated yesterday by mutual agreement.

He can now join a team of his choice as a free agent.

"Orlando Pirates Football Club has parted ways with Mpho Makola," the club said on it's website.

"An agreement has been reached for the mutual termination of the contract, following a meeting with the player.

"Makola joined the club in 2012 where he went on to register over 170 appearances for the Buccaneers in a career which saw him score 21 goals and register 28 assists.

"The club would like to thank Mr Makola for his service and wish him the best of luck in his future endeavours."

The 33-year-old struggled to break into the team and compete against younger attackers Thembinkosi Lorch, Vince Pule and Luvuyo Memela.

Attempts to reach his representative Tshepo Mabona were unsuccessful.