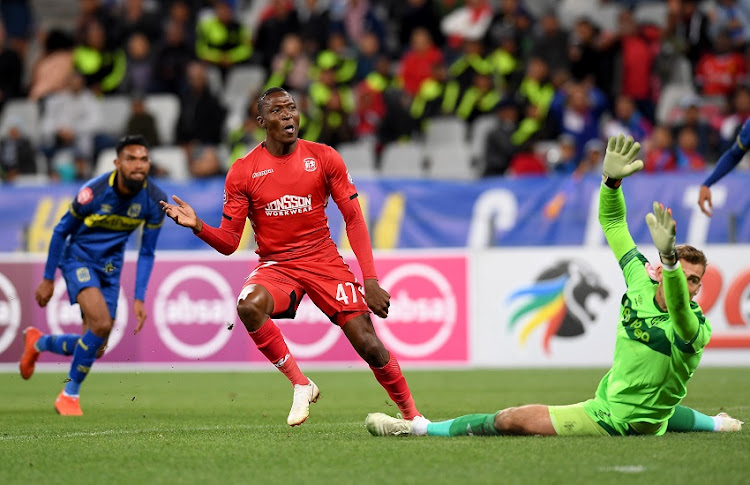 Highlands Park striker Tendai Ndoro says he is feeling “fresh” ahead of the new season as he looks forward to what could be a deadly striker partnership with new signing Rodney Ramagalela.

The Tembisa club might have finished much higher too were it not for so many draws‚ and Ndoro recognised the responsibility of the forwards to turn one point into three.

"It [draws] is something we saw last season‚ but we will rectify those problems in the coming season‚” he told TimesLIVE.

“We drew 14 games‚ it is a huge number‚ far too many. I am confident we will improve and go for every point that is available.”

Ndoro made only five starts in the last campaign‚ with niggling injuries not helping his cause‚ and he feels more game-time in pre-season‚ and at the start of the campaign‚ will see him find his sharpness in front of goal again.

"The most important thing for a player is to have game-time‚ to get in those minutes‚" he said.

"Whether I am playing or not I will push hard for the club. When the season starts‚ I will be fresh.”

Highlands can also look forward to the MTN8‚ where they will face Ndoro’s former side Orlando Pirates in the semifinals on the weekend of August 17-18.

It is a maiden appearance for the team in the competition and a chance for them to earn a first major piece of silverware in their current guise.

"It is a chance to win a first cup for the club and any player wants to play in these type of tournaments‚” he said.

“It is an achievement for the club to have reached the MTN8‚ but we have to make sure we are not just there to be seen‚ we have to compete and win it.

"When you win the first one‚ the second one will be easier. We have to go for it.”

"We are excited to have such quality around us and we are definitely ready for the new season‚" he warned.

Highlands start their Absa Premiership campaign at home to Kaizer Chiefs on August 4.