Rivaldo Coetzee's focus is on Sundowns 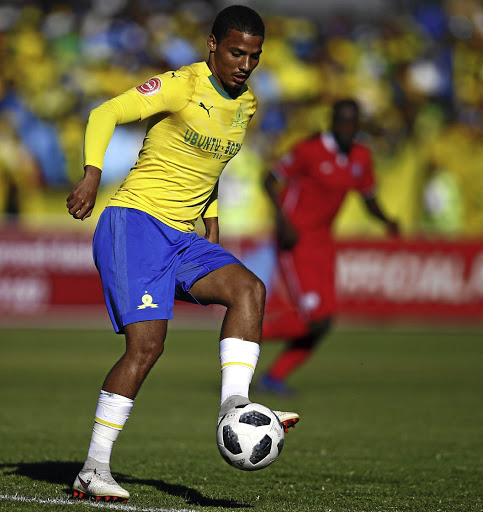 Highly rated defender Rivaldo Coetzee's focus at the moment is squarely on Mamelodi Sundowns and not on what happened when he did not honour his call-up to Bafana Bafana.

Coetzee was named in Stuart Baxter's provisional squad for Africa Cup of Nations but he did not pitch up.

The 22-year-old informed Baxter that his mother was ill.

Coetzee was last week part of the Sundowns squad that was in camp in Mbombela, Mpumalanga.

The former Ajax Cape Town hardman did not want to discuss the national team. "No Bafana questions please," he retorted.

Instead, he spoke about his ambitions for the upcoming campaign where the club will be aiming for a 10th league title.

Bafana Bafana coach Stuart Baxter is pleased that his team are showing a togetherness and passion for representing the nation‚ which he said can be a ...
Sport
3 years ago

"We want to retain the title, that is obviously our aim and see how far we can go in the cup competitions," he said.

The chap from Kakamas in the Northern Cape made his return to football back in November after a lengthy lay-off due to a foot injury.

Since his return, he has at times been deployed as a midfield - away from his usual position in the back-line.

Coetzee has praised coach Pitso Mosimane for bringing out a side of him that he didn't know.

"Since I started playing football I have been a centre-back. Playing in midfield is something I had to get used to," he said.

"I didn't know I can play there, but he threw me in there and I have repaid the faith the coach had in me."

Baxter 'disappointed' as Rivaldo Coetzee ruled out for Bafana at Afcon

Rivaldo Coetzee has been released from the Bafana Bafana preliminary squad training camp for the Africa Cup of Nations.
Sport
3 years ago
Next Article