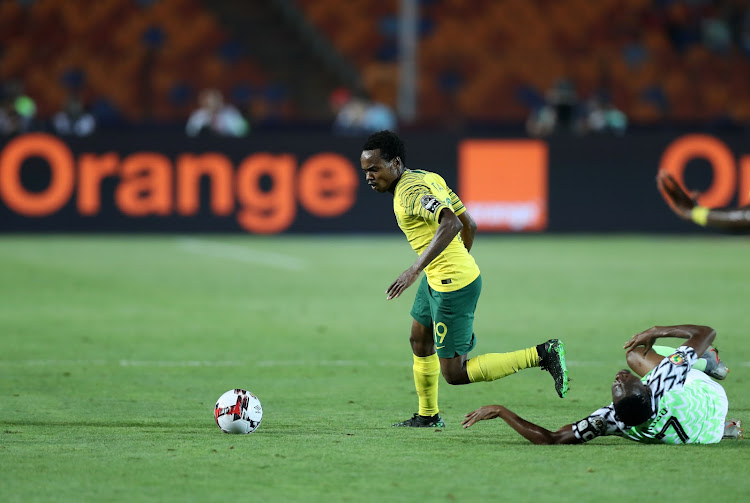 Nigeria aimed to utilise their physicality to muscle an advantage‚ and their speed up-front to keep Bafana Bafana pinned back‚ goal-scorer William Troost-Ekong said after the Super Eagles' 1-0 Africa Cup of Nations quarterfinal win on Wednesday night.

Nigeria coach Gernot Rohr's tactics worked for most of the game at Cairo International Stadium.

Nigeria knew that they needed to be physical against more technical‚ skilful Bafana.

They had seen how effective Bafana coach Stuart Baxter's high-pressing gameplan had been shocking hosts Egypt 1-0 in the last-16.

Nigeria aimed to pin South Africa back‚ and they dominated the opening hour‚ including 20-year-old winger Samuel Chukwueze scoring the 26th-minute opener.

Bafana battled back into the game and equalised through Bongani Zungu's VAR-allowed equaliser in the 71st.

Troost-Ekong was left unmarked from a corner‚ and took advantage of SA goalkeeper Ronwen Williams coming and missing‚ to bury the 88th-minute winner.

The Dutch-born Udinese centreback said Nigeria know that being physical is a way to earn an advantage over Bafana.

"Yeah‚ I think South Africa have so many amazing players‚" Troost-Ekong said.

"Percy Tau for example. Someone we have to be very close to and be careful with.

"And‚ yeah‚ of course‚ we try to be a little bit physical with South Africa. But at the same time we had to be careful‚ especially with the VAR.

Nigeria utilised the pace and power of wingers Chukwueze and Ahmed Musa‚ and deep striker Alex Iwobi‚ to pin Bafana far deeper than the South Africans had managed against Egypt.

"Yeah‚ I think that was the idea‚" Troost-Ekong said.

"We watched the game against Egypt. And we tried to take away the good points and exploit the weaknesses in the South African team.

"Which was difficult because I think they played amazing.

"We tried to see what we could do. I think we have so much speed as well.

"The second half we were a bit too deep and South Africa kept coming and coming. But even then on the counter we looked dangerous as well.

"So‚ yeah‚ either way I think we prepared well for the game. And with a little bit of luck I think we could make the final.

"I think South Africa sat deeper because they also knew about our speed up-front. They didn't want to give us too much space in behind. The moments where we were dangerous were when we are running towards South Africa's goal.

"It was our gameplan and it worked out for us‚ but South Africa are an amazing team."

Nigeria meet the winners of Algeria and Ivory Coast in the semifinals.