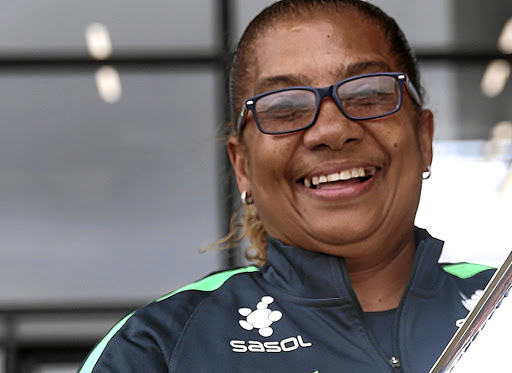 Banyana coach Desiree Ellis has dismissed claims that she has lost the dressing room.

In the wake of Banyana's group-stage elimination at their maiden World Cup in France last month, it emerged that a number of senior players no longer saw eye to eye with Ellis.

The fact that the likes of Jermaine Seoposenwe, Linda Motlhalo and Leandra Smeda among others - who had played a pivotal role when Banyana finished as runners-up at the Africa Women's Cup of Nations in Ghana late last year - were reduced to fringe players in France further aggravated these allegations.

"I don't think there's an unhappy player at Banyana. When you have the group of players the dynamics are always like that. There's never anything wrong," said Ellis

In France, Ellis mostly preferred less-experienced troops such Kholosa Biyana and Amanda Mthandi in the positions usually played by Smeda and Seoposenwe.

Ellis explained why Smeda, who plies her trade in Sweden with Vittsjo GIK, did not feature as much at the World Cup: "At the World Cup in France, Leandra had come back from an injury and just before the Norway game [which was their last friendly before the World Cup] she had injured herself again and when she came on against Spain she had picked up another injury," said Ellis.

She also shared thecriteria she uses when selecting her XI, highlighting that no player is automatically promised a place at the national team.

"We also have to manage if players do not perform on the day, you have to manage that as well and hopefully try somebody else who can play in that position," said Ellis.

Banyana Banyana coach Desiree Ellis has cautioned against over-confidence when her side defend their title at the COSAFA Women’s Championship in Port ...
Sport
1 year ago