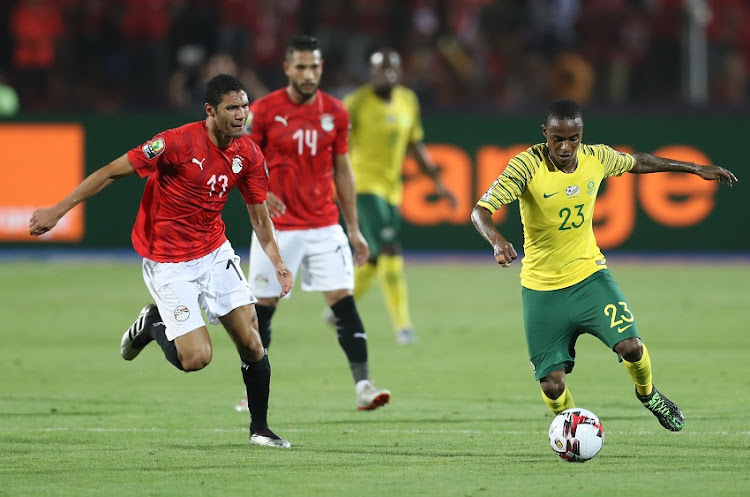 Very little is expected to separate Nigeria and South Africa when the two sides meet in their crunch Africa Cup of Nations quarterfinal showdown in Egypt on Wednesday night.

Usually confident former Super Eagles goalkeeper Idah Peterside was cautious and he admitted that the game was ‘too close to call’.

Bafana go into this eagerly anticipated clash with their confidence high following the resounding 1-0 win over hosts Egypt last weekend.

“If you press me to go for a score prediction‚ I will obviously go with 2-1 win for Nigeria but this is too close to call‚” he said.

The former Moroka Swallows goalie said the match would be tightly contested in the midfield where Dean Furman‚ Kamohelo Mokojto and Bongani Zungu will go up against Wilfred Ndidi‚ Peter Etebo and Alex Iwobi.

“It is in the midfield where I think this match will be won or lost on the night because of the caliber of players these two teams have in that department and the style of football they play‚" he said.

"The other key thing is that both teams don’t rely on individual players and they have different strengths and weaknesses.

“If you look at South Africa‚ they are explosive on the attack with quick players like Lebo Mothiba‚ Percy Tau and Thembinkosi Lorch.

"Nigeria must find a way to contain the South African speed.

"Nigeria must also stop South Africa from playing like they did against Egypt because if Bafana find that rhythm again they will win the match.

“The advantage for Nigeria is that they are a good attacking team and I think they will score one or two goals because we have proven scorers like Odion Ighalo‚ Ahmed Musa and Moses Simon.

"What worries me is at the back where they are not too strong and they need to be tight.”

Peterside said that Nigeria coach Gernot Rohr must consider starting the match with former Chelsea star John Obi Mikel in the heart of the midfield.

“In the midfield‚ I think Nigeria is going to need someone like Obi Mikel because of his experience and leadership qualities‚" he said.

"He will bring that calming influence to his team-mates because of the trust they have in him.

"He has been in this high pressure situations many times before and at the highest level.”