Bafana not among the top seeds for 2021 Afcon qualifiers draw 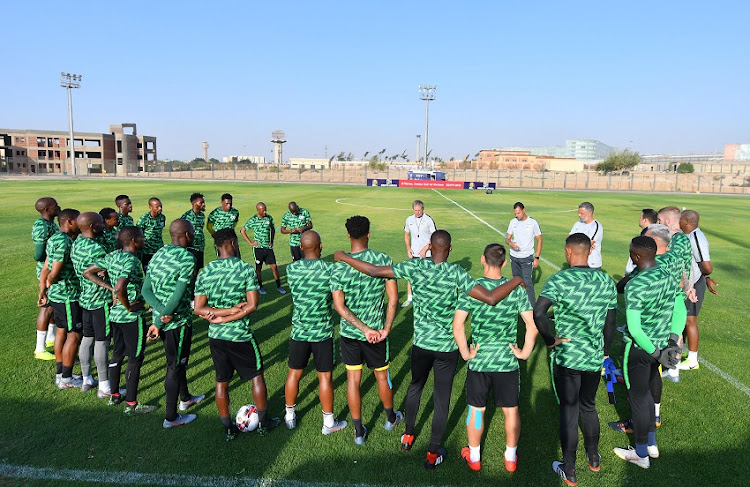 Even if Bafana Bafana confounds the form book and the critics by going all the way to win the Africa Cup of Nations in Egypt‚ they will still not be one of the top seeds for the next qualifiers.

The qualifiers 2021 Cup of Nations to be hosted by Cameroon begin in October.

Bafana have been put into pot 2 for the draw for the 2021 Cup of Nations qualifiers‚ which means they are guaranteed to yet again share their qualifying group with one of the continent’s big guns.

During the qualifiers for the tournament in Egypt‚ Bafana were in the same group as Nigeria and they finished second behind the Super Eagles.

This time around it could be the Super Eagles again or one of Senegal‚ Tunisia‚ Morocco‚ DR Congo‚ Ghana‚ Cameroon‚ Egypt‚ Burkina Faso‚ Mali‚ Ivory Coast and Algeria.

They are the top 12 teams in Africa according to the latest FIFA rankings which were released last month and which have decided the seeding for the 2021 qualification draw.

The draw for the qualifiers will be conducted in Cairo on July 18‚ the day before the final of the tournament that us currently underway in Egypt.

Best case scenario for South Africa would be to be drawn into the same pot with Burkina Faso‚ who they have seen off before and who are the only team among the 12 top seeds who failed to qualify for the current finals in Egypt.

Again‚ there will be 12 groups with four teams each and the top two will qualify for the finals in Cameroon.

It means a total of six qualifying matches to be played between October and November next year.

South Africa will not play against any of the other teams in Pot 2: Guinea‚ the Cape Verde Islands‚ Uganda‚ Zambia‚ Benin‚ Gabon‚ Congo‚ Mauritania‚ Niger‚ Kenya and Libya.