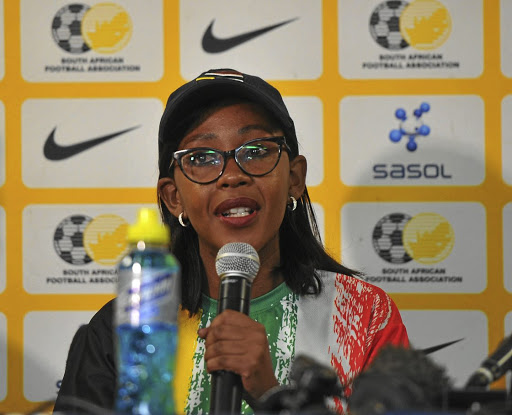 The province's new MEC for sport, arts, culture and recreation Mbali Hlophe has vowed that this year's Gauteng Sports Awards will be bigger than ever in all aspects.

While the winners' prize money in each category will be announced when the finalists are revealed in September, Hlophe confirmed that this year, being a finalist alone guarantees you R10,000.

Last year's finalists walked away with R7,500. "We are expecting these awards not to be like any others," Hlophe said at the media launch at Johannesburg Stadium yesterday.

The awards gala is billed for September 29 at a yet-to-be-announced venue.

The nomination process opened yesterday and closes on July 31. The forms are available at the department's offices and on its website.

"Obviously as the years go by, the awards get bigger and better. We have said that we are introducing other categories that were not there before. We want to draw everybody on board as much as possible."

Bafana Bafana have a coach‚ Stuart Baxter. What most people don’t know is that South African football’s “super-fans” – the No.1 club and national ...
Sport
3 years ago

Hlophe, who replaced Faith Mazibuko last month, also disclosed that her department will play a role in the establishment of a professional women's football league.

"We want Banyana Banyana to perform better in their next World Cup, so it's our aim to help with the start of a professional league. We are part of the stakeholders and we want to bridge the structural gaps in sports," Hlophe said.

"I am sure that Banyana would have done much better [at their maiden World Cup where they were eliminated in the first round in France last month] if they were competing in a professional league."

South African Football Association had initially promised that by September this year, the professional women's football league would be up and running.