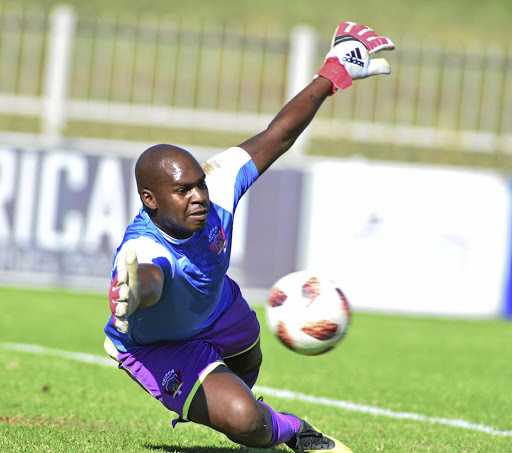 Goalkeeper Mbongeni Mzimela is disappointed that Chippa United has terminated his contract.

Mzimela told Sowetan yesterday that he's feeling hard done by by the fact that he won't be part of Chippa in the new season after the PE club nullified his contract.

"It shocked me when they told me that they were terminating my contract. I am disappointed," Mzimela said.

Mzimela and Chippa are negotiating a settlement, because the ex-Platinum Stars and AmaZulu keeper's deal was running until the end of the 2019/20 campaign.

"The only reason they cited was that I am not in the plans going forward. At this stage I want my money and we are busy with that. they must pay me. It (contract) was supposed to expire at the end of the impending season."

The shot-stopper, who hails from Empangeni in KwaZulu-Natal, hinted he would take the legal route should Chippa refuse to pay what they owe him, feeling he was the main reason they ended up staving off relegation last term.

"I just hope that we will find common ground or else it will go a long way. I just want what's mine and that should not be a problem at all," Mzimela asserted.

"Everyone saw that I helped the team massively last season. They were nearly relegated but I stood firm. It amazes me that my service is no longer needed."

At 34, Mzimela says he is not prepared to hang up his boots even after his unceremonious departure from Chippa.

Kaizer Chiefs have the best chance to end their unprecedentedly long spell without a trophy after producing a brilliant second half come back to beat ...
Sport
2 years ago
Next Article