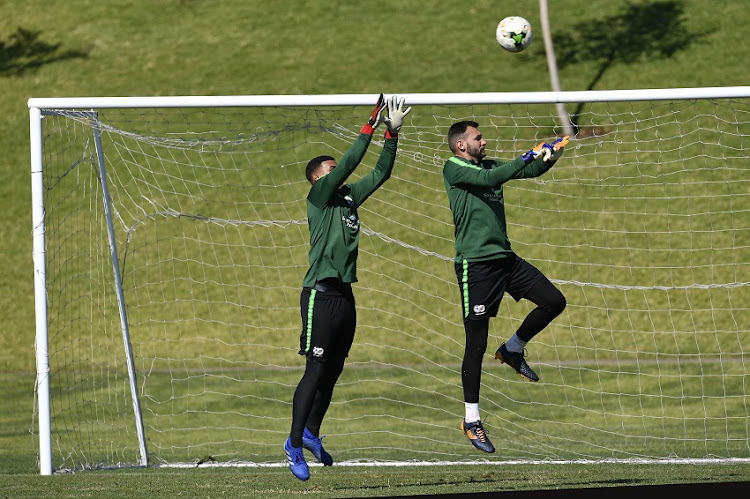 Bafana Bafana’s pool matches at the Africa Cup of Nations have come to an end and now the side waits anxiously to see if they will reach the knockout stages in Egypt.

The side has been roundly criticized for their performances in defeats to Ivory Coast and Morocco‚ both by 1-0 scorelines‚ and even the 1-0 victory over Namibia‚ but some players have stood out and raised their hand.

SowetanLIVE rates the players who featured for more than 45 minutes from the group-stage matches:

Williams has grown his reputation at the tournament‚ with most expecting Darren Keet to be handed the gloves for the opener against Ivory Coast.

Williams produced a world-class save in the game and was left badly exposed for the Ivorian winner.

He did not play against Namibia‚ but was back for the clash with Morocco and again performed admirably.

There was nothing he could do about the winner for the North Africans.

Williams has been poor in the national team jersey in the past‚ but looks like he could be the long-term solution with Itumeleng Khune’s future unknown.

Coach Stuart Baxter said before the tournament he would select ‘horses for courses’ with his keepers and Keet was preferred for the clash with Namibia‚ though it might have been to just give him a game against lesser opposition.

Keet had some nervy moments against the Brave Warriors‚ including spilling a cross that should have seen the Namibians take the lead‚ but for a goal-line save from Buhle Mkhwanazi.

Mkhize has started all three games and looked a good option in the right-back berth‚ getting forward on occasion with good effect.

He had to leave the field against Namibia with concussion‚ but has otherwise acquitted himself well and is more dynamic than his rival Ramahlwe Mphahlele.

Hlanti is in the side for his crossing ability‚ but he has been poor in all three games.

He is too casual and sloppy in possession‚ often giving the ball away‚ but his delivery into the box‚ bar a few occasions‚ has been disappointing as well.

Was nowhere to be seen for the Ivory Coast goal as Bafana’s centre-backs went missing‚ but he has made some telling blocks and generally his positional sense is very good.

Is also sometimes a bit prone to ‘switching off’.

Hlatshwayo provides a bit more of a physical presence at the back and the same criticism can be labelled at him for the Ivorian goal.

Bafana rode their luck against the Ivorians‚ and at times Namibia‚ but were better defensively against the much-vaunted Moroccan attack and this is where Hlatshwayo shone.

Vilakazi started against Namibia and came off the bench in the matches with ivory Coast and Morocco‚ but has not looked as sharp as one might hope him to be.

This is understandable after he missed most of last season through injury‚ but it makes you wonder what is the plan with him in the squad?

Certainly he is a superb player when on form‚ but he looks off that level.

Furman played only the first game against Ivory Coast before succumbing to injury and while he worked hard‚ failed to shine as the Bafana midfield was out-muscled and they failed to get any go-forward ball.

He was neat and tidy in possession‚ but all too often the ball went sideways.

Probably the most gifted player in the squad on pure technical ability‚ but Zwane has cut a frustrated figure at times as he is unable to play his natural game.

He has at times been used quite deep‚ when he usually prefers to be further forward.

When he is buzzing‚ he is a match-winner.

Mokotjo has a great football intelligence but looks a little stifled in this line-up.

He started against Ivory Coast and Morocco‚ but came off the bench versus Namibia.

A true box-to-box player‚ he can pick a pass superbly and has shown glimpses of that in Egypt.

Zungu started against Morocco and Namibia but was subbed in both games as a season without much game-time following injury looks to have sapped much of energy out of him later in games.

He has been neat and tidy on the ball‚ which he has tried to play forward.

Provides some physical threat and has also scored the side’s only goal against the Namibians.

Kekana started against Namibia and came on versus Morocco when Bafana looked to close down the game.

It would be unfair to say he did much wrong‚ but he has hardly bossed the midfield area either.

Serero did not feature in the opening two games but was drafted in for Morocco and looked lively at times.

He was used in a more withdrawn role‚ a similar position to the one he plays for his Dutch club Vitesse.

Unfortunately there was not too much happening ahead of him to feed balls into.

Tau‚ as ever‚ has worked really hard‚ but things have just not clicked for him in Egypt and he has not shown his best qualities.

The sight of him as a left wing-back against Morocco was also interesting‚ and it’s not his best game.

But he has still looked the most lively for Bafana upfront.

Mothiba works hard and his role in the side is to try and bully defenders and create space for others‚ as well as be a goal-threat himself.

He might point out that he has been starved of service‚ which is true to an extent‚ but he has also at times found himself out too wide when he should be in the box more.

Maboe was a surprise starter in the first game against ivory Coast‚ perhaps picked for his pace‚ but he was no match for the more physically imposing west Africans and created little.

He has not seen action since.