Speed is key for Bafana: Mweene 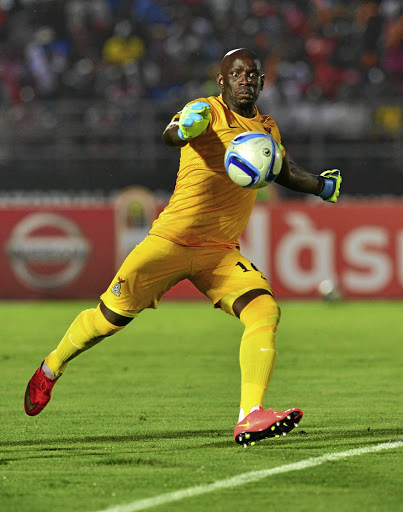 Former Zambia international Kennedy Mweene has given Bafana Bafana advice on how they can overcome Herve
Renard's impressive Morocco.

Bafana take on the high-flying North Africans tonight (6pm) in their final Group D match of the Africa Cup of Nations (Afcon).

Mweene played under
Renard during his time as the coach of the Zambia national team, winning the Afcon in 2012.

"His teams are difficult to break down. Remember he was a defender and played with guys like Lillian Thuram," said Mweene.

"Bafana must not sit at the back. Bafana must use their speed and run them out of the game. They don't like teams that are skillful and speedy."

The Mamelodi Sundowns stopper explained what makes the Frenchman an elite tactician.

"Herve is tactically superior. He wants perfection and he will shout at you whether you are a senior or young player. He treats everyone equally and he is a straight talker.

"What makes him good is his coaching style. He likes joking with his players. He knows when to be serious and when to be relaxed."

With three points from two games, South Africa need to win to stand a chance of progressing to the group stages.

Though Morocco have already qualified for the next phase because they have six points, Mweene says Renard will field his best team.

"He will play the first team. Don't expect him to play a second-fiddle team. That guy is a winner and will go all out for victory," he said.

Bafana must be on target against Morocco

How SA can build on Namibia result.
Sport
2 years ago

The Africa Cup of Nations is a “different ball game”‚ midfielder Hlompho Kekana said while explaining why Bafana Bafana struggled to relax into their ...
Sport
2 years ago

Bafana Bafana coach Stuart Baxter has named his starting line up for 2019 Africa Cup of Nations must win clash against Namibia at Al-Salam Stadium in ...
Sport
2 years ago
Next Article