Renard claims to have 'advantage' over SA 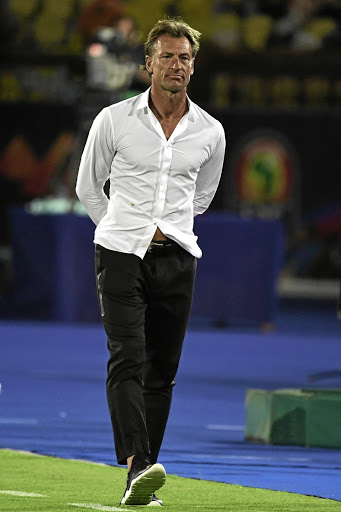 Despite being in the knockout phase, Renard said they are not going to take their foot off the pedal and for Bafana.

"I have a big advantage because I know the South African team perfectly," Renard said at a media briefing.

"My best memory was in the Nelson Mandela Challenge in Johannesburg with Zambia [in 2012] and we won 1-0, but we have to concentrate on our game," he said.

"We want to finish first and this is the only thing we are thinking [about] in our heads."

Renard is not expected to rest some of his players despite being in the last 16 and wants to have a go at maximum points.

"Of course I have to manage the squad, but the first target is to finish first in the group... this is very important," Renard continued.

"I have to find a balance... yes, we will make two or three changes, but you will see during the match."

Meanwhile, after outplaying South Africa, Ivory Coast came off second best against Morocco, but should recover to defeat spirited but limited Namibia and secure a last-16 place today.

It will concern coach Ibrahim Kamara, though, that with so many talented forwards like Nicolas Pepe at his disposal, the Elephants have managed just one goal in 180 minutes.

Namibia are craving a first Cup of Nations win after eight failed attempts, including a 4-3 loss to the Ivory Coast in Burkina Faso 21 years ago.