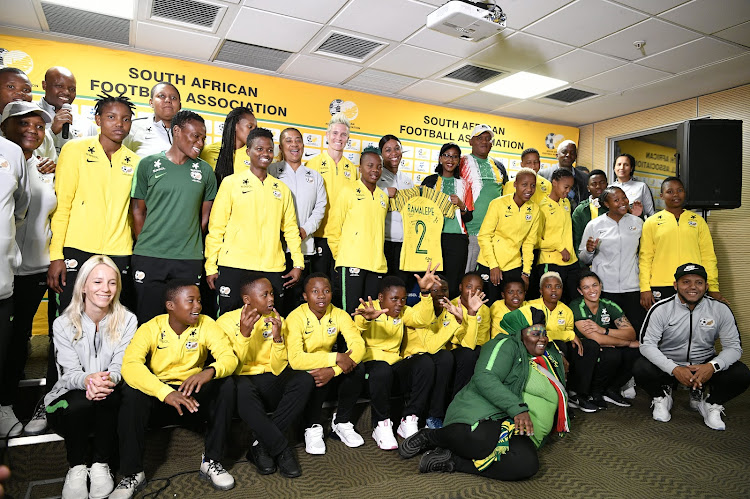 Despite a shortfall of almost R30m‚ South African Football Association (Safa) acting chief executive Russell Paul is adamant that the National Women’s League will kick off as planned in August.

Not having a professional league in South Africa has often been used as the reason for the woeful performances of the national women’s teams at international tournaments.

Paul said they have just over R11m and a half in the kitty at the moment but they are going ahead to launch the league that has been postponed many times before.

“At the moment‚ we have about R11m and a half‚ but for the tournament to really go well we need another R30 to 40m. We are short but we are going to continue‚” he said adding that plans are afoot to have the launch at the beginning of August.

“We have five million from national government that is spread over three years. The money from Gauteng government is not confirmed but they have made a commitment and we are trying to finalise how much they will contribute.

"You must have heard the new MEC for Sport (Mbali Hlophe) making the announcement of her support for the league at the press conference for Banyana Banyana when they came back from the World Cup.”

“It will definitely start during the month of August‚ we are just trying to finalise the dates. We are looking to have the launch around the 1st week of August. Our next step is to meet with the teams or the clubs in the next two weeks and finalise things.”

Paul went on to say that clubs will be responsible for paying salaries of the players and they will help with traveling and accommodation depending on the level of sponsorship.

“Club owners are responsible for the payment of players and they will also be responsible for dealing with administration. What we are trying to do is to try and support them the best we can with travel and accommodation. The level of sponsorship will depend on how much support we can actually provide them.”