Kaizer Chiefs back in training and search for glory 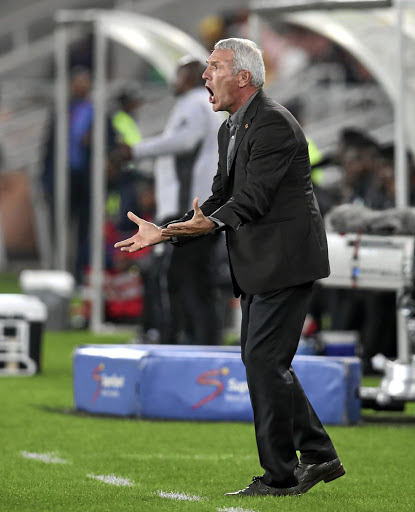 Kaizer Chiefs players will report for duty this morning as the team kick-starts their pre-season.

In the new campaign, Amakhosi will be aiming to avoid going five seasons without any silverware.

The previous campaign, where they finished ninth and embarrassingly lost the Nedbank Cup final to minnows TS Galaxy, was arguably the worst in the lengthy drought.

The future of coach Ernst Middendorp came under the spotlight after that final loss but it seems the German has survived the chop and will take charge of the first training session today.

Chiefs spokesperson Vina Maphosa could only state that the club was busy with the pre-season logistics.

"Look, we are at the moment busy with that and further details will be given regarding our schedule in the pre-season," he said.

Amakhosi will have a different look about them as they head into the 2019/20 season. A few faces will be missing, with Ryan Moon and Bhongolethu Jayiya having been let go at the end of last season. The club had already released Gustavo Paez, Pule Ekstein, Kgotso Malope and Virgil Vries earlier.

Kaizer Chiefs continued with their player exodus on Tuesday after the Soweto giants released more players as they gear up for their pre-season ...
Sport
2 years ago

Former Chiefs striker Collins Mbesuma says there will be high expectations for the team to win something in the new season.

"I think the players should show that they are playing at a big club and that they deserve to be there," Mbesuma said.

"It is unheard of for Chiefs to go this long without winning anything and fans will be demanding a cup next season."

So far in the transfer window, Chiefs have only confirmed one signing - that of Zambian striker Lazarous Kambole from Zesco United.

On Saturday, Kambole scored the fourth goal as Zesco beat Zanaco 4-1 to win the Absa Cup. That also completed league and cup double for Zesco. Kambole will officially join Chiefs in July.