Who are the top Bafana names seeking to make their Afcon debuts in Egypt? 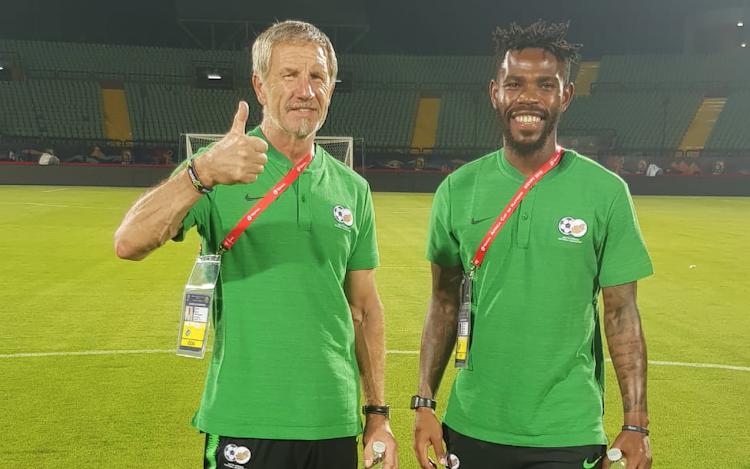 Bafana Bafana’s sporadic qualification for the Africa Cup of Nations (Afcon) in recent editions means they head into this year’s tournament with only five of their 23-man squad having appeared at the continental showpiece before.

And with none having been to the World Cup in the past‚ there is a distinct lack of major tournament experience in the group‚ which could be both a blessing and a curse.

On the positive side‚ few of the players carry the baggage of past failures‚ but there is also little in the way of tournament know-how to draw on.

Even coach Stuart Baxter has little in the way of international tournament experience – he did lead Bafana to the 2005 Concacaf Gold Cup where the side lost on penalties to Panama in the quarterfinals.

Of the five Bafana players that have been to past finals‚ midfielder Dean Furman is the most experienced.

He does not have great memories though having missed a spot-kick in the shoot-out in the quarterfinals six years ago as Bafana exited against Mali on home soil.

He captained the team at the 2015 edition in Equatorial Guinea‚ but they managed just a single point from three matches.

Furman is also the most experienced of the current squad‚ with exactly 50 caps‚ 10 more than skipper Thulani Hlatshwayo and is a near certainty to start against Ivory Coast in Bafana’s opener on Monday.

Thulani Serero played in three matches at the 2013 finals‚ all as a substitute‚ but was somewhat controversially not selected by former coach Shakes Mashaba in 2015.

He may well feel he has unfinished business‚ which could be a source of motivation for the versatile player‚ though he is unlikely to be given the deep-lying midfielder role he enjoys with Dutch club Vitesse Arnhem.

Sibusiso Vilakazi has enjoyed a remarkable return from long-term injury and has been selected by Baxter despite limited game-time for Mamelodi Sundowns.

He played all three games in Bafana’s 2015 campaign‚ two starts and a substitute appearance‚ but might battle to start on Monday.

Hlatshwayo started Bafana’s first two games in 2015‚ but had a disappointing personal tournament as he scored an own goal in the 3-1 loss to Algeria and then had to leave the field injured after 30 minutes in the draw with Senegal.

He also has unfinished business and will seek to make up for that massive disappointment‚ especially as he is now captain of the side.

This is also the case for goalkeeper Darren Keet‚ who played just a single game against Algeria four years ago‚ but had a poor game in the 3-1 loss.

Mashaba made the bizarre decision to rotate his goalkeepers in the three group games‚ so it is unclear whether Keet paid the price for his errors‚ or would have missed out on the next game in any event‚ but it remains a blight on his career.

He is vying with Ronwen Williams for a start against the Ivorians‚ and looks to have the advantage after a match-winning display in Bafana’s final qualifier against Libya in March.

Some top names in South African football in recent years‚ such as Hlompho Kekana‚ Kamohelo Mokotjo‚ Bongani Zungu and Percy Tau will be seeking to make their Afcon debut.

None of Bafana’s squad in Egypt have ever scored a goal at a major competition finals.