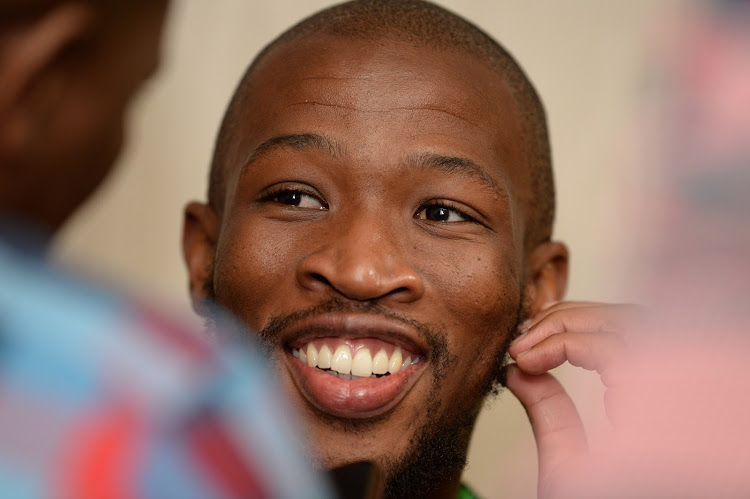 Hard work does pay off‚ Kamohelo Mokotjo has said as the Brentford midfielder‚ so long passed over for Bafana Bafana selection‚ readies for his first Africa Cup of Nations with the national team.

Mokotjo might be a straight competitor with Bongani Zungu to partner Dean Furman in Bafana's central midfield in their opening Egypt 2019 match against Ivory Coast at Cairo's Al Salam Stadium on Monday.

Given the pace of Ivory Coast's frontline and wingers Nicolas Pepe and Wilfried Zaha‚ and a big Bafana back four who perhaps lack a metre of pace‚ whoever plays in the centre of the park seem sure to have a crucial role covering a lot of distance in perhaps even dangerously hot conditions cutting off the supply to the Elephants' forwards.

Furman's mobility and ability to cover a minimum 10 kilometres in a game would seem to make him crucial in that effort‚ partnering either Mokotjo or Amiens SC's Zungu.

Mokotjo might also be seen as an option off the bench.

Either way‚ the 28-year-old is happy to finally be at his first Nations Cup after years earning strong reviews in Holland‚ which have continued since his move to the English Championship two years ago.

"I've been working hard. That I'm here right now is not by luck or chance‚" Mokotjo said on Saturday at the Bafana team hotel near Cairo International Airport.

"I hope to stay in the setup for as long as I can. Even when challenges arise‚ and when the competition gets stronger I'll keep playing my own game‚ and I'll be in the right mental space."

Playing at this Afcon will complete an international journey for Mokotjo that began when his Amajita generation reached the last-16 of the 2009 Fifa U-20 World Cup‚ also in Egypt.

"It's good being back for the whole team‚ not just the team that played in the U20 World Cup‚" Mokotjo said.

"But Ja‚ we're here under a different coach‚ under different circumstances. I think it's a big honour for all of us to be representing the country in the biggest tournament in Africa."

Bafana are in for a tough first half‚ especially‚ in their 4.30pm kickoff game‚ when temperatures in Cairo are still in the high 30s Celsius. Global players' union Fifpro have raised concerns about the Afcon's early matches being played in such conditions. Nigeria forward Samuel Kalu collapsed in a training session in Alexandria on Friday suffering from dehydration.