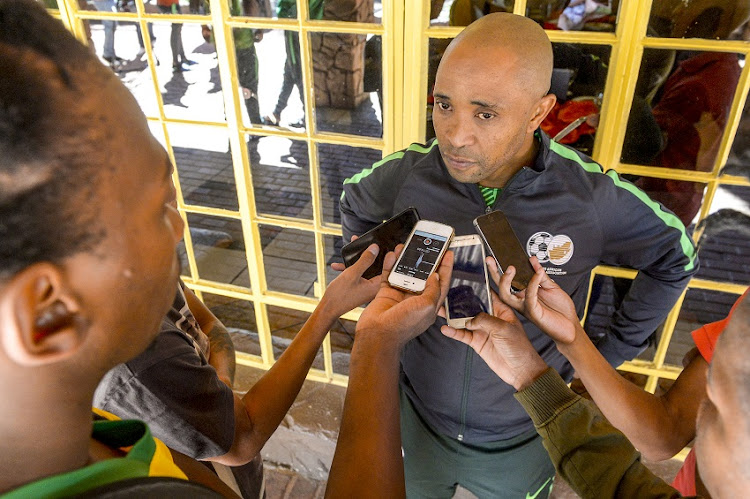 Thabo Senong has admitted to his disappointment at not having his contract as South Africa Under-20 coach renewed.

Senong's contract‚ which ends in June‚ will not be extended after a second exit in the first round‚ without winning a game‚ at a Fifa Under-20 World Cup‚ in Poland in May.

Senong‚ who served as Amajita coach for five years from 2014‚ has been involved in unearthing a number of players who have gone on to success at Premier Soccer League clubs.

He achieved third-placed finishes at the 2017 and 2019 Africa U-20 Cup Of Nations to qualify for an unprecedented two World Cups in succession‚ but exited in the group stages of both.

"Look‚ I loved the Amajita project with all my heart.

"And I enjoyed serving my association as a presenter in coaching courses and also as a scout‚ looking around the country and outside the country to try and bring talent that was not known‚" Senong told SowetanLIVE.

"And also‚ I think‚ with my involvement Amajita just moved into another level.

"We dominated Cosafa‚ and now the continent respects us‚ and we have been present in two World Cups. We have achieved a lot.

"I will always be attached to this team. I love this team. And I would have loved to have still helped this team to continue producing players for Bafana and the U-23s.

"So I can never say that I'm happy. But for me to move forward‚ now I have to say that it's a closed chapter‚ until I'm engaged again.

"But‚ you see‚ because of the way I love this team‚ even despite the challenges of the past five years‚ one could never really resign or turn the country down. Because I just saw myself as a national servant.

"So you will always feel that disappointment when you have to stop serving your country as a football technician.

"Especially because I feel that I don't think there is any U-20 coach who has done what I have done with this team.

"So obviously I'm very disappointed. But it is a decision that was taken by the acting CEO [Russell Paul]‚ having consulted with the technical committee and the NEC [Safa council] members.

"And I have to respect it‚ because Safa also trained me to be the coach who I am. They gave me the opportunity.

The coach said he is keeping his options open about whether his next job can be as a club or youth coach.

"To be honest that will be decided after two or three months. It's a very tough market‚" Senong said.

"But look‚ I'm a versatile coach. I've done a lot of courses. I can work as a performance coach‚ head coach‚ assistant-coach.

"I can work as a national coach. You are counting seven years of always working on the continent - Bafana assistant‚ youth assistant‚ U-20 head coach‚ technical advisor.

"So‚ the experience that I've got out of youth coaching‚ as a national coach‚ I hope will open up opportunities."

He also served as Bafana Bafana assistant-coach to Ephraim "Shakes" Mashaba‚ and then initially also to his successor‚ current incumbent Stuart Baxter.