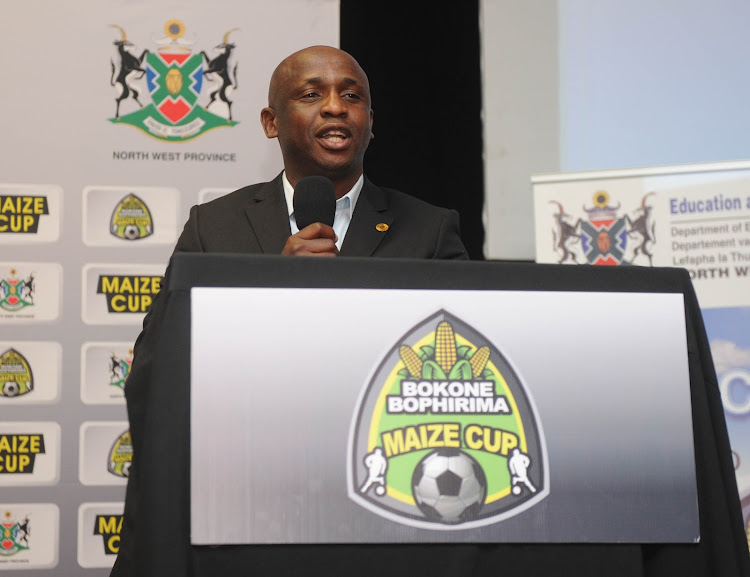 Kaizer Chiefs have called for frustrated supporters to be patient as the club works behind the scenes in attempt to rebuild ahead of the coming premiership season.

The club's communications manager Vina Maphosa told SowetanLive on Thursday that there was a lot of activity happening behind the scenes and he suggested that 25-year-old Zambian hit man Lazalous Kambole from Zesco United would not be the only addition to the side.

“What we are confirming is that we are not resting on our laurels regarding next season‚” Maphosa said.

“We are uncomfortable and we are dealing with matters of urgency.

"We are hard at work and it’s not business as usual at Kaizer Chiefs.

“The announcement of new players will be subject to the pronouncements that will be made by the club. When the players are due (to return) we will tell you.

“If there’s a chance of anything new‚ including the technical team‚ that will be announced on time so that nobody will be caught by a surprise.”

Chiefs celebrate their 50th anniversary this year and Maphosa said a new kit to commemorate the milestone would be launched next month.

“The jersey will be launched before the Carling Cup‚” said Maphosa.

“That one is clear.”

Chiefs will start the coming season under immense pressure after ending the last campaign trophyless for an unprecedented fourth year in a row.

The clubs assured supporters late last month that tough steps would be taken to address the situation‚ but it is the seeming slow pace of activity that has left supporters frustrated.

“This past season has been an unacceptable one in which we have fallen well short of the standards we set for ourselves‚" the Chiefs statement said last month.

"We have let ourselves down and we know we have bitterly disappointed and failed to meet the expectations of our supporters and stakeholders. “It has been four barren seasons now and as Kaizer Chiefs management we will do all we possibly can to remedy the situation and to act decisively…

"We are using this off-season to implement the changes and to map the way forward with a new approach for next season‚ based on the lessons learnt.

“The rebuilding process for the 2019/20 season is already underway and all the necessary actions will be taken to ensure we restore this iconic institution to where it rightfully belongs – at the summit of South African football.

“We are bolstering the technical team‚ the playing personnel and strengthening the football department in preparation for the new season. The club has recently gone through some restructuring and has appointed new members to the board of directors. The board will play a critical role in our way forward.

“We thank all our supporters for your continued love and passion through good and difficult times. Fuelled by this support‚ we will use this time to reflect and go back to the spirit‚ ethos and legacy on which the club was founded and ensure we again play a leadership role in the football world on and off the pitch.”

Maphosa said he could not comment on behalf of club boss Kaizer Motaung but added that the Chiefs chairman would have answers for the supporters in the coming weeks.