Bafana's rivals Morocco and Ivory Coast continue to limp to Afcon. Is it a trap? 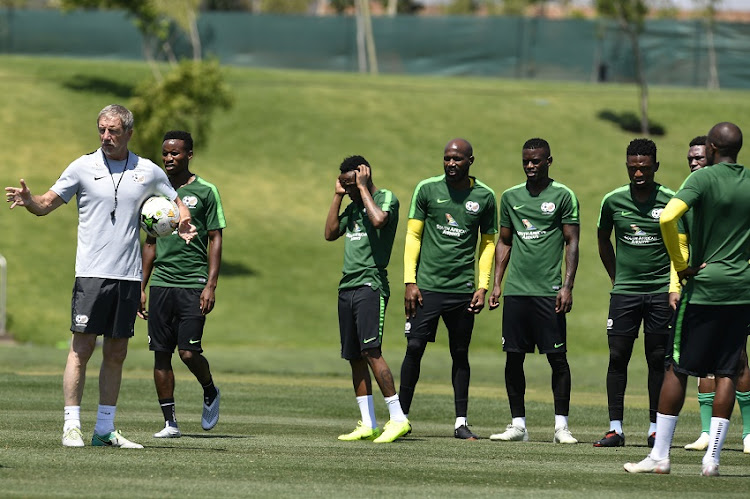 While it would be dangerous to read too much into the warm-up results of Bafana Bafana’s opponents at the 2019 Africa Cup of Nations‚ heavyweights Morocco and Ivory Coast are limping into the tournament in Egypt.

The pair have shown nothing to suggest they are potential title contenders yet‚ and the Ivory Coast’s poor offensive display in their 1-0 loss to Uganda will leave coach Ibrahim Kamara with some concern.

The side created next to nothing going forward‚ which could leave Kamara perhaps second-guessing his decision to leave veteran forward Gervinho out of his squad.

The Ivorians are next in action against in-form Zambia on Wednesday‚ who are fresh from their Cosafa Cup success and causing some havoc in their role as warm-up opponents having not qualified for Egypt.

Bafana open the tournament against the Ivorians on Monday and will hope Zambian can inflict more mental scars on them.

Morocco‚ fresh from a shock 1-0 home loss to minnows Gambia‚ were beaten 3-2 by the Zambians in Marrakech to signal a double warm-up blow for coach Herve Renard.

The Frenchman has previously stated he puts no emphasis on warm-up games‚ but it will still be a concern for him that his players have not stood up to the challenge.

Morocco are now winless in their four internationals in 2019‚ including a 0-0 away draw to Malawi and defeat in their last three games.

Bafana Bafana upon arrival in Cairo, Egypt on Tuesday morning for the AFCON 2019 tournament pic.twitter.com/4eYJIoh32B

Morocco has never been short on ability‚ but can crack in the face of on-field pressure and Renard will expect a response when his side open their Nations Cup campaign against Namibia on Sunday.

The mood among the players will not have been helped by a hostile home crowd against Zambia‚ who even booed France-based (and born) player Fayçal Fajr.

Fajr had taken the ball from teammate Abderrazak Hamdallah when Morocco were awarded a penalty against the Gambians‚ but then missed‚ something that caused controversy at home.

Morocco assistant coach Patrice Beaumelle‚ a long-time ally of Renard‚ was put before reporters in the wake of the Zambia defeat and admitted they had almost expected the boos from the stands.

“Faisal is someone who thinks about the team not himself‚ and is very positive in the group on a daily basis.

"I am aggrieved to hear the whistles [from supporters] because there was a misunderstanding‚" Beaumelle said.

“But we said before the game that we were going to be tough and close our ears. I think he does not deserve this treatment‚ but we'll deal with it.”

Bafana will hope to capitalise on the at times fragile mental state of their North Africans opponents when they meet in Cairo in their final pool match on July 1‚ especially if other results have not gone to plan for the Moroccans.