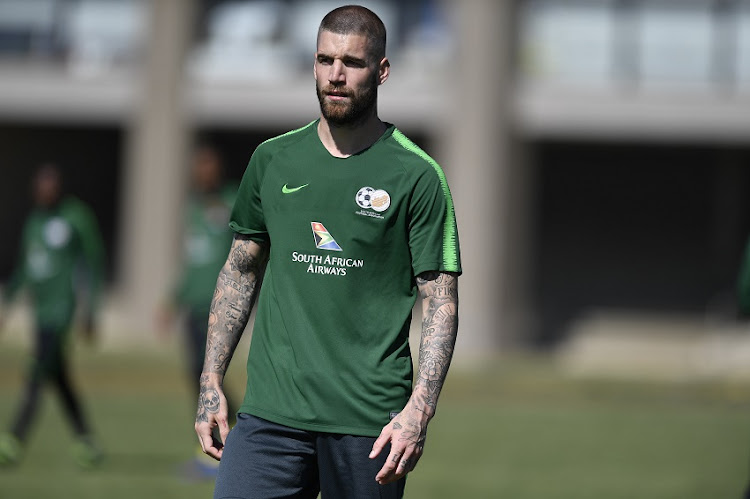 Lars Veldwijk is not so easy on the eye‚ but if you get the big Sparta Rotterdam centre-forward in the right areas he can score for Bafana Bafana‚ national team coach Stuart Baxter has said.

Veldwijk is the one member of Bafana’s 2019 Africa Cup of Nations squad who remains almost entirely an unknown quantity to the South African public.

His 24 goals in 34 league games in 2018-19 helped propel Sparta to runners-up in the Dutch Eerste Divisie and the promotion playoffs‚ from where they achieved top-flight Eredivisie status for next season.

Veldwijk‚ born in South Africa‚ where he spent his first 14 years before his family moved back to the Netherlands‚ was first called up by previous Bafana coach Ephraim “Shakes” Mashaba for the 2-1 World Cup qualifying win against Senegal in Polokwane in November 2016.

He did not get a run in that match‚ the result of which was later annulled over a match officiating scandal related to betting.

Four days later – with Mashaba sacked for a rant at his Safa bosses – Veldwijk played the first half of a 1-1 friendly draw against Mozambique in Maputo under caretaker-coach Owen Da Gama.

That half – apart from footage on Youtube – has been the only 45 minutes the SA public has had to view Veldwijk. The 1.96-metre striker struggled with some clumsy touches.

Veldwijk’s form in the second-tier in Holland saw him called to Baxter’s squad for the 2-1 Afcon qualifying win against Libya in Tunisia in March that saw Bafana through to Egypt 2019. He made a brief appearance from the bench for Percy Tau in the 90th minute.

Baxter opted for Veldwijk in his final 23-man squad for this month’s Nations Cup for obvious reasons. The striker offers a like-for-like back-up for Strasbourg centre-forward Lebogang Mothiba as a big‚ battering ram centre-foward to knock the ball up to‚ or who can plough at a backline for his fellow forwards to feed off the scraps.

“If you’d have watched some of our finishing drills‚ Lars has been so clinical. He’s not scored a lot of goals [at club level] for no reason‚” the Bafana coach said.

“In the [training] game we played in Pretoria [on Saturday]‚ he pulled away‚ they played a ball up‚ he took it on his chest‚ he knocked it wide‚ the cross came in and he headed it in the back of the net.

“That’s using him properly. And when he gets in those situations he can finish.

“But he’s certainly not a bad finisher. If you put him in the right areas‚ he’ll finish.”

Bafana meet Ghana in their first of two warm-up friendlies at the Dubai Police Officers’ Club Stadium on Saturday at 5.30pm.

They meet Uganda in a second warm-up in Cairo on Wednesday‚ June 19.