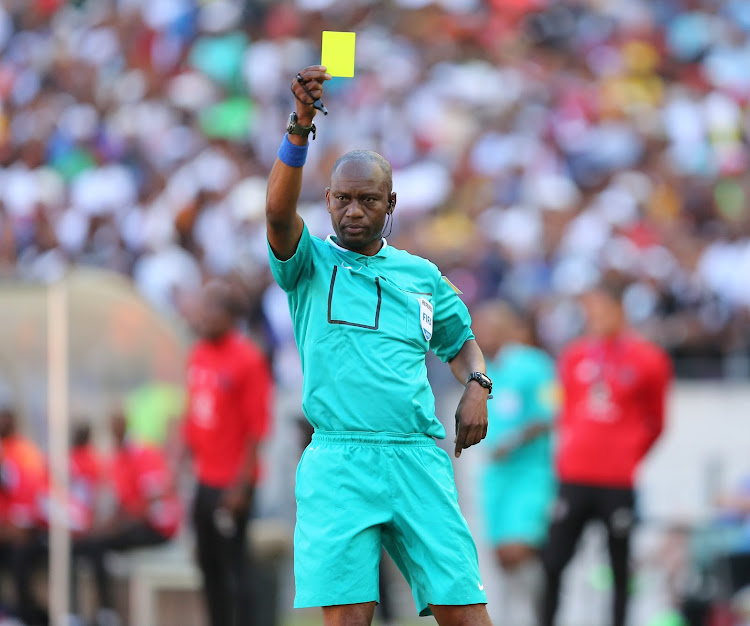 Victor Hlungwani says he has forgiven David Thidiela after the Black Leopards owner threatened him and also directed tribal references at the Premier Soccer League (PSL) referee after a premiership match at Thohoyandou Stadium in September last year.

Thidiela launched the tirade after Leopards lost a match against Bloemfontein Celtic and he was suspended by the PSL from their executive committee before the matter was referred to the league's prosecutor Nande Becker.

The Leopards boss was harshly condemned by the public‚ the PSL‚ the South African Football Association (Safa) and by even then Sports Minister Tokozile Xasa. He is appealing his suspension.

“Bra D (Thidiela) is my father and I forgave him a long time ago‚” said Hlungwani.

“It was hurting at that time but you know in football you get more than that because you are insulted by the spectators for nothing.

"Like I said‚ he is my father‚ I have forgiven him and life goes on.”

The referee is using his spare time during premiership off-season break to give back to local communities in Giyani through the Wise Roadshow and he is giving back to his local communities.

“This is our part of giving back to the community by imparting the knowledge that we have gained in our professional lives to disadvantaged people‚" he said.

“We believe that each and every one of us has a special star quality in them and we want these learners to identify and expose whatever qualities they have so that they are able to shine.”

Hlungwani said former Baroka FC goalkeeper Oscarine Masuluke is also at the Wise Roadshow and he is sharing his story about how his contract was terminated by the club because of alcohol abuse.”

“The Oscarine story is a clear example of how someone’s life can change for the worse instantly‚" Hlungwani said.

"His contract was terminated by Baroka because of alcohol-related issues and we are focusing on advising learners about the dangers of drinking.

"If they listen attentively to us‚ they will gain a lot of knowledge.

"We also have another player who used to miss training but through this programme he has changed his behavior and is doing well.”