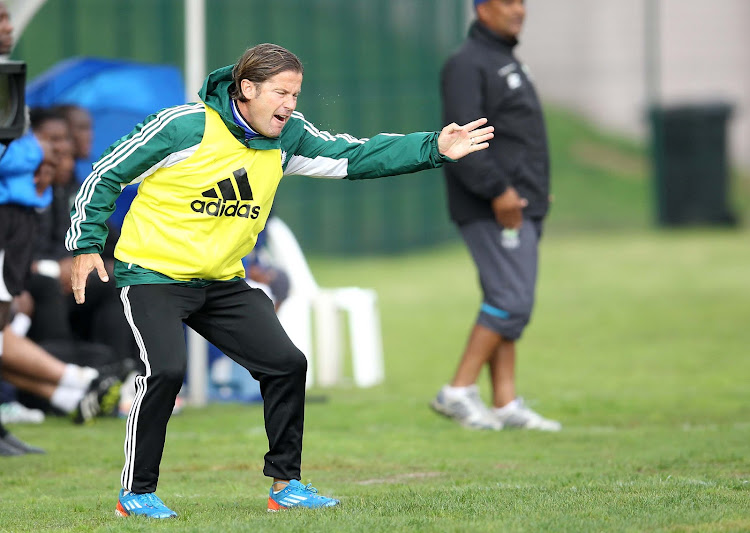 Neil Tovey felt that former AmaZulu director of sport‚ Roger Palmgren‚ was an “imposter” and a “bulls***ter ” who undermined him as Usuthu coach when he was fired from the Durban club in 2010.

Bafana Bafana’s 1996 Africa Cup of Nations-winning skipper Tovey‚ in his new biography‚ Neil Tovey‚ A Captain’s Journey‚ relates the story of how he was sacked as coach of AmaZulu at the end of the 2009-10 season.

Tovey‚ having guided Usuthu to ninth in the Absa Premiership‚ was fired soon after his team lost 3-0 against Bidvest Wits in the Nedbank Cup final on May 22‚ 2010‚ in the match that reopened the renovated FNB Stadium just ahead of the 2010 World Cup.

“Overall‚ we had finished strong and I was looking forward to the next season‚” Tovey related.

“I had a three-year plan to turn AmaZulu into a powerful force and was talking to a few players I wanted to recruit.

“ … I headed to what I thought was a regular meeting with club director Graham O’Connor to discuss the upcoming season … . Instead‚ I was suddenly accused of being difficult to work with and sacked. I was dumbfounded.

“O’Connor was a successful businessman and a director at Spar‚ but soccer is another matter and the business models that work for a supermarket don’t necessarily apply to working with players.

“ … I’d worked well with the club owner Patrick Sokhela‚ but he wasn’t really involved in the club that year‚ due to health issues.

“Another problem was the Swede Roger Palmgren‚ who joined AmaZulu as director of sport in November 2009.

“To my mind‚ he was an imposter. He used impressive phrases‚ but I saw him as a bulls***ter trying to undermine my position.

“Anyway‚ I was sacked on the back of a great season with a club that often had to fight relegation.”

Mngqithi was fired in September 2011 with the team in last place after five league games without a win.

Palmgren became head coach and steered Usuthu to seventh place by the end of the 2011-12 campaign.

He was fired in November 2012 with Usuthu floundering in last place‚ with two wins from 12 games.