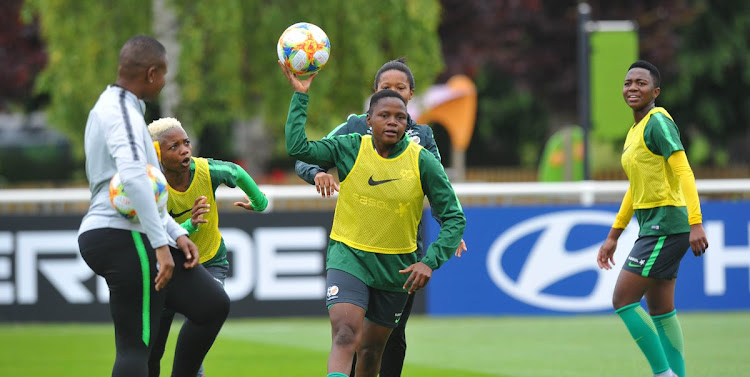 China coach Jia Xiuquan hopes his players have brought their scoring boots for Thursday’s FIFA Women’s World Cup Group B clash against Banyana Banyana after the misfiring strikers wasted a number of opportunities against Germany in their opener.

Both Banyana and the Chinese are desperate for points in Paris‚ with the Asian side creating more than enough chances in their 1-0 loss to powerhouse Germany‚ but unable to convert in what will be a stark warning to Desiree Ellis and her side.

"My players created some chances against Germany‚ showing that we've made certain progress through the preparations for this World Cup‚" Jia said.

"But we eventually failed to turn any of the opportunities into scoring‚ again confirming that Germany are a better team than us.

"Rather than a positive result from tomorrow's game against South Africa‚ I'm more looking forward to some better performance from my players.

"I believe that a victory comes when you are strong enough‚ and I believe in my players who were good enough to come here.”

Like Spain were in Banyana’s opener‚ Jia is worried about the pace of South Africa’s forwards on the counter-attack and so will likely not be too gung-ho in going forward.

Midfielder Gu Yasha netted against Banyana at the Olympic Games in 2016 in a 2-0 win for her side‚ and believes it will be a “fascinating” game at the Parc des Princes.

“I can tell that tomorrow's game against South Africa will be a fascinating play‚ no matter who come out the winners. We're ready for a tough game‚" she said.

She certainly knows a thing or two about Banyana’s threat as she is a teammate of Thembi Kgatlana and Linda Motlhalo at their Beijing club in the Chinese league.

Aside from their 2-0 win at the Olympics three years ago‚ China also inflicted a heaviest ever defeat on Banyana when they won 13-0 in 2003.