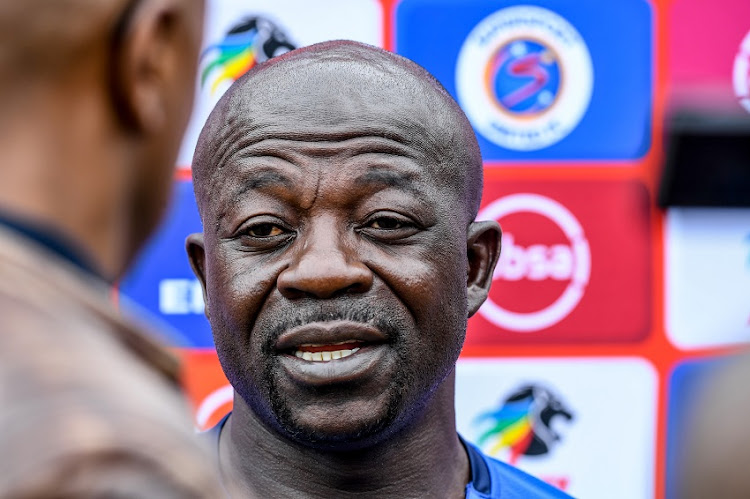 SuperSport United have given Kaitano Tembo a mandate to win at least one cup competition and also finish inside the top four next season after the Pretoria decided to allow him to continue as head coach.

Tembo‚ who captained the side during his playing days under former coach Pitso Mosimane‚ led United to a sixth-place finish and to the MTN8 final (they lost to Cape Town City on penalties) in his first campaign in charge of the side last season.

United boss Stan Matthews told SowetanLIVE that the honeymoon period is over and Tembo would have to deliver on the set targets next season.

“Of course‚ Kaitano is continuing as our head coach next season‚” Matthews said.

“We know that this is going to be a harder season for him because last season we gave him the honeymoon period and we did not put any pressure on him.

"We said he must finish in the top eight and he did that.

"Going forward‚ we certainly want to have a top four finish but you can see that Bidvest Wits and Cape Town City are there and it is a competitive landscape.

"We have to raise the bar to maintain our place in the top four.”

“We feel bad for him (Tembo) that we stumbled towards the end of the season in the league and we were unlucky in the final against Cape Town City to lose on penalties.

"He has the second season with a necklace around his neck and he has to show everybody that he can build on the foundation of last season.”

Looking back at last season‚ Matthews admitted that they could have done better and there were a few areas where they showed improvement.

“Last season was okay compared to the year before and we did not have any alarm bells‚" he said.

"We were solid in the top eight and played in a cup final.

"We also blooded in some youngsters and we managed to beat Mamelodi Sundowns for the first time in nine games.

“The disappointing thing was that after beating Sundowns and with a top four finish in our hands‚ we did not close the season well.

"We have fallen short in the league over the last six years but we (did well) in cup competitions.

Matthews said that they would have to replace veterans Reneilwe Letsholonyane‚ Morgan Gould and Thuso Phala‚ who have contribution immensely to the club over the years.

“We have players who are moving on like Yeye (Letsholonyane)‚ Gould‚ Thuso Phala‚ Richard Boateng and James Keene and you are talking about 150 years of experience‚" he said.

"We are looking to replace them with a good mix of experience and youth and we must get that balance right between the players who are in their prime and the experienced ones.

“We are not going to bring in a lot of players‚ but we are looking at key positions and we will definitely bring in at least two attacking players and something in the midfield.

"We have a few players at African Nations Cup and at the (recent) Fifa U20 World Cup.

"Kaitano has been travelling quite a bit on the continent and he has seen a couple of strikers.

"Pre-season starts next week Tuesday and the trialists will start coming in the first week of July because some of them are with their national teams.”