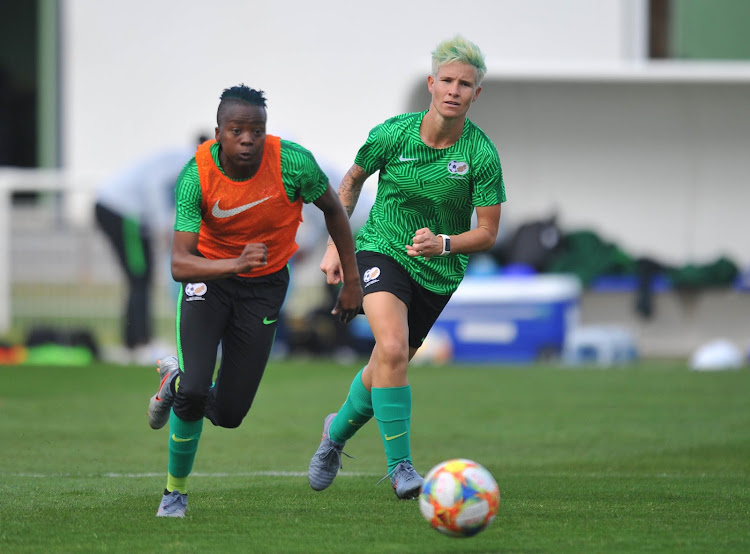 Banyana Banyana striker Thembi Kgatlana is looking forward to their “crucial” clash with China on Thursday as they seek to keep their FIFA Women’s World Cup knockout stage hopes alive with victory in Paris.

Kgatlana‚ the reigning African Women’s Footballer of the Year‚ netted Banyana’s first ever World Cup goal with a stunner against Spain‚ but is now focused on defeating China‚ the country where she plays her club football with Beijing BG Phoenix.

“It is a crucial game‚ we have two games left to get six points‚ which would be huge for the country and for ourselves‚” Kgatlana said.

“China also dropped points when they lost [1-0] to Germany‚ so between us and them we are both desperate for the points.”

Kgatlana believes Banyana surprised many people with their display in the 3-1 loss to Spain in their opener‚ where two penalty decisions confirmed by VAR ultimately cost them dearly.

“We came into the tournament as underdogs and we still are.

"People were judging us on the game we played against Norway [a 7-2 loss]‚ where we allowed them to score seven goals.

"People thought that is the tone that Banyana Banyana will bring into the tournament.

“But then when we scored that first goal against Spain‚ people were surprised. We led for 20 minutes and people couldn’t believe that we could play …

“We were not happy with the VAR‚ but it is part of the new rules of football and we have to adjust to it.

"With VAR it goes with luck‚ and Spain were lucky on the day that they were given two decisions and were able to get the three points.”

Banyana players visited the sights of Paris on Tuesday‚ a break from the routine of training and the four walls of their hotel rooms‚ which Kgatlana says has given them a lift.

“Going out has rejuvenated the team‚ allowing us to refocus and sometimes as human beings you need space.

"When you are in one place you don’t get to think outside of the box.

“We had a very good training session [afterwards]‚ a very positive one.”

Kgatlana was part of the Banyana side that lost 2-0 to China at the Olympic Games in 2016‚ but says she is a much-improved player since then.

“When I played China at the Olympics I was still young with no experience‚" she said.

"But if you look from then to now‚ I have grown a lot. I have more courage to be able to do things on my own.

“I think I got five chances at the Olympics against them but I was too young‚ with too little energy.

"I got into the spaces but couldn’t finish. It will be different now.”