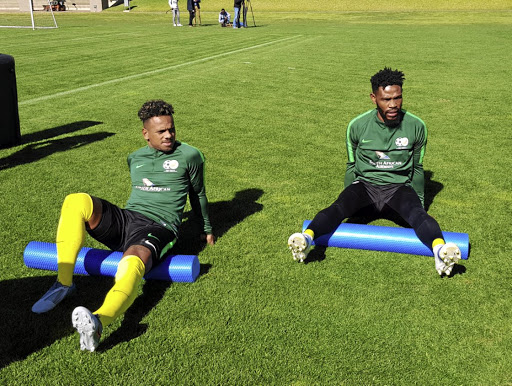 Bafana Bafana coach Stuart Baxter has been left frustrated by only one pre-Africa Cup of Nations Cup warm-up friendly having been confirmed with 19 days until the national team's kickoff against Ivory Coast in Cairo on June 24.

SA's only confirmed friendly international at present is against Ghana in Dubai, where Bafana will camp for a few days en route to Egypt, just after the national team leave South Africa on June 10.

Baxter - who oversaw the fourth training session for the now 27-man preliminary squad, after the withdrawal through injury of Keagan Dolly, at Steyn City in Johannesburg yesterday - said he will announce a final squad just before the departure for Dubai.

Baxter's plan had been to play a friendly in Johannesburg before that announcement, but so far, with five days to go of the South African leg of the preparations, that has yet to materialise.

"No, unfortunately we've got no definite plans yet. We're still trying but it's looking a little bit forlorn," Baxter said of the international he had hoped to play in South Africa.

The coach said he was however not giving up on lining up a friendly. "I'll go until the last minute because I think we need it," he said.

Baxter, asked what the stumbling block has been organising matches, indicated he was frustrated at Safa for leaving the organisation late.

"It's too much last minute. It's just not happening. I'm supposing that if we were to pay for three days at a hotel for any of the Cosafa Cup teams, flying them up in first-class, we'd get people wanting to play. But for the conditions that we've got, at the last minute, I think it's probably not too interesting for them.

"We've got Ghana, that's definite. We've had Uganda who we've been struggling to find a date with.

"We've got Angola who are interested to play against us and we're trying to find a date, either in Dubai or after we land in Egypt," Baxter said.