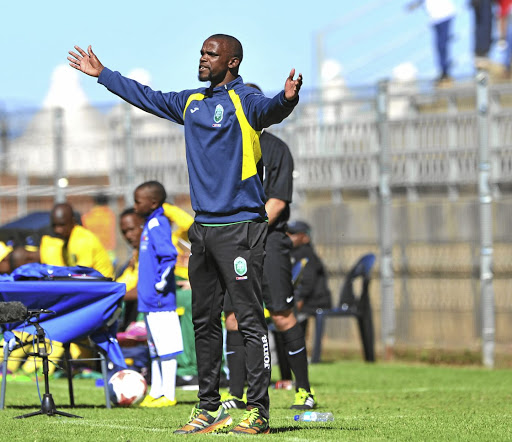 The expansion of the MultiChoice Diski Challenge (MDC) will benefit the junior national teams a great deal. This is the sentiment of AmaZulu coach Ayanda Dlamini.

Last week, Premier Soccer League (PSL) chairman Irvin Khoza announced that the reserve league, from the 2019/20 season onwards, will be played over two rounds, same like the elite league.

In previous MDC seasons, each of the 16 Absa Premiership clubs would battle it out in one round of fixtures which is 15 games per team.

"As you saw at the [ongoing Under-20] World Cup in Poland [where SA bombed out from group stages], our boys lacked that mileage of playing many games,'' Dlamini told Sowetan, yesterday.

"So, I am very happy about the new format of our league. This expansion will boost our junior national teams. Our MDC boys will now be familiar with playing many games in one season.''

Dlamini admits his team would like to be the first to win the new version of the reserve league.

MultiChoice Diski players ready to shine in the PSL

Mashiane has opened the way for these four!
Sport
2 years ago

"AmaZulu is a team with a rich history, so our dream is to continue making history by becoming the first side to win the new model of the league,'' noted the reserves mentor.

"However, our priority is developing quality players for our senior team first.''

Celtic MDC keeper Sipho Chaine, who's the reigning Most Precious Find, is also ecstatic about the new format of the reserve league.

"I am very happy about this expansion, it means playing more games, which will help my development and accelerate football development at large,'' said Chaine.

In the new format, the MultiChoice Diski Shield (MDS) will be remodelled into a top-eight knockout competition for the clubs finishing in the top eight.