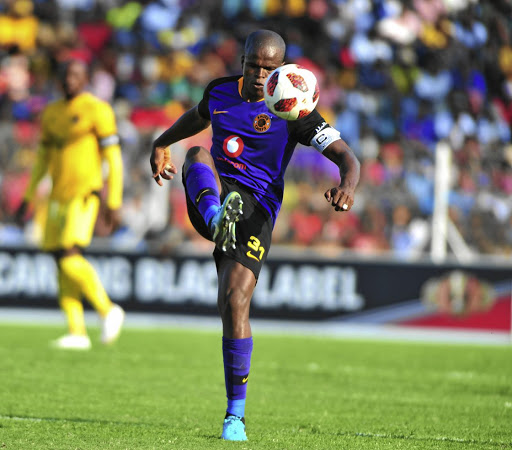 With some sections of the fans calling for his head and having been on the receiving end of Kaizer Chiefs' boo-boys of late, midfielder Willard Katsande remains unshaken.

The tough-tackling Katsande is not the fanciest of players, and some argue he's reached his sell-by date at the beleaguered Amakhosi.

But he is resolute despite Kaizer Chiefs having plunged to a new low by finishing ninth in the league and losing the Nedbank Cup final to upstarts TS Galaxy.

"I am a big guy and I take any criticism. I have been in this team for too long and I am a professional," Katsande said.

"It's easy to point fingers [at us] because we are senior players. I am not bothered when fans are upset. They have a right to be angry at us and we respect them."

Katsande, who joined Chiefs from Ajax Cape Town in 2011, has experienced many highs and lows at the club.

With the club having vowed to make sweeping changes to the squad in the off-season, the Zimbabwean is confident that he will evade the chop.

Since that fateful final in Durban a fortnight ago, Chiefs players have gone to ground.

The 33-year-old was the first to open up about the entire experience at the launch of the Carling Black Label Cup, saying they have become a "laughing stock".

"To be honest I have not healed personally because it is embarrassing and hard to swallow. When you wake up you realise we lost the final. It pains me. We were so close but could not deliver the trophy."