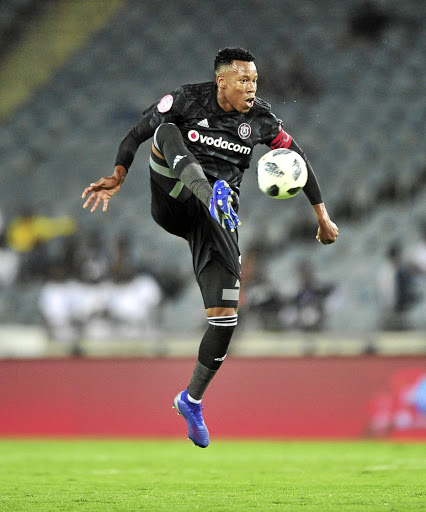 Orlando Pirates captain Happy Jele is the latest player from the club to assure the Bucs faithful that they'll win trophies and wipe tears off the supporters' faces in the new campaign.

Having come close to winning the league in the past two seasons, Pirates, who have now gone five straight seasons without silverware, are desperate to make up for their near-misses in the new season.

"In the new season we are determined to rectify all we did wrong in the past season.

"I can promise our fans that this time around we will give them something to smile about," said Jele during the media launch of Carling Black Label Cup at Park Station in Joburg on Tuesday.

Bucs last tasted silverware in 2014, when they lifted the Nedbank Cup.

"We know that our fans trust us, so it is up to us to repay their faith and wipe off their tears. It's not up for discussions that we must deliver cups in the new season," noted the
32-year-old defender.

In promising an improved season next term, Jele is echoing the words of his teammates such as Vincent Pule and Thembinkosi Lorch, who have also made it clear they mean business in the impending campaign.

The ever-reticent Jele also emphasised on having a solid pre-season, aiming to win their Carling Cup match against Soweto foes Kaizer Chiefs. This eagerly anticipated pre-season derby, when fans vote for players who take part, is billed for FNB Stadium on July 27.

"We want to lay a good foundation so that we enter the season fully ready. The Carling Cup is a must-win because it will set the tone for the season," Jele explained. "Whenever we play Chiefs it's never a friendly, so the fans must expect a tight game as always.''

Orlando Pirates will return to work in the middle of July to resume their attempt to end a five-year trophy drought.
Sport
3 years ago