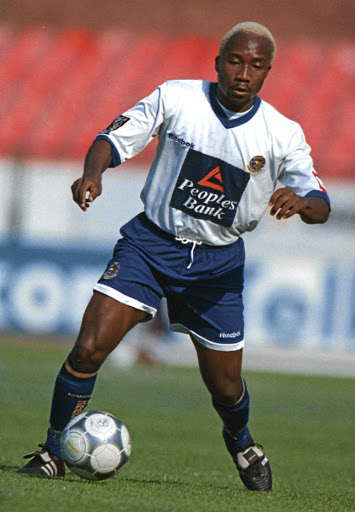 After another season that saw the PSL strikers fail to break the 20-goal mark, former top-flight striker Ishmael Maluleke has some words of advice for them.

Mwape Musonda of Black Leopards finished the season as the league's top scorer with 16 goals, which was a distance compared to Bidvest Wits' Gift Motupa (nine goals) and Bloemfontein Celtic's Tshegofatso Mabasa, who also registered nine.

Maluleke was the PSL's top scorer with 18 goals in the 2001/02 season during his time with the now-defunct Manning Rangers.

"I think what you need to look at is the question of desire by the strikers to be able to get into the box - this is where it matters the most," noted Maluleke. "These days strikers are playing more like midfielders. No one wants to specialise.

"In our days, the strikers used to go to training two or three hours before the actual training started. I think these days the strikers take it too lightly.

"Look at the English and Spanish football, the goals that are being scored there each and every season, it's above 20," Maluleke said.

He insisted that the 20-goal target is achievable and that strikers just need to raise their game, which involves extra training.

Maluleke added: "One needs to set themselves goals and target 20."