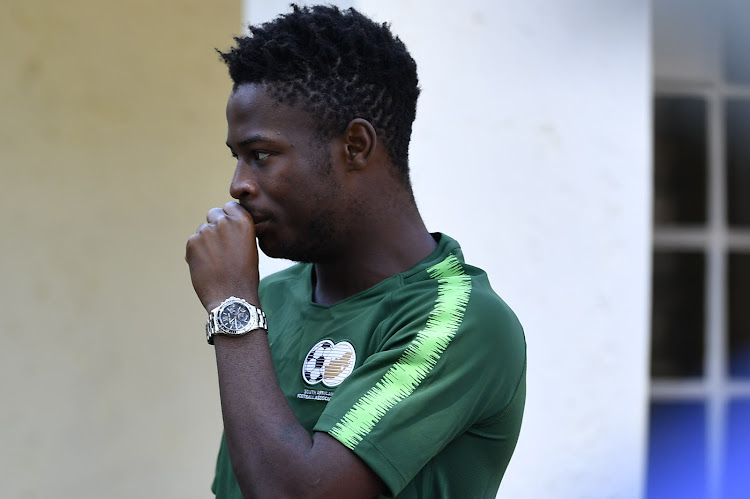 Phakamani Mahlambi’s slim hopes of playing at the 2019 Africa Cup of Nations (Afcon) appear over after he was sent home from the South Africa camp preparing ahead of the Cosafa Cup.

Mahlambi has been replaced in the squad by Cape Town City’s Gift Links as South Africa prepare to open their tournament with a quarterfinal against Botswana on Sunday.

Reports suggest Mahlambi had arrived in camp ‘in poor condition’ and allegedly under the influence of alcohol‚ though SowetanLIVE was not able to independently verify this and a SA Football Association (Safa) spokesperson could not be reached for comment.

Mahlambi was not included in the provisional Afcon finals squad announced by coach Stuart Baxter earlier this month‚ but would likely have been in his thoughts in the event of injuries.

Coach David Notoane will lead a largely Under-23 squad at the COSAFA Cup and hinted at trouble earlier in the week when speaking of his team’s preparations.

"Discipline is very important‚ it is the first foundation of success.

"Mentality comes in‚ but discipline and mentality cannot be separated‚” he said.

“We don't have control of that‚ you bring a player into a professional set-up‚ you believe you can develop their talent and shape their talent.”

The Cosafa Cup squad is helping to prepare players such as Keagan Dolly for the Afcon finals‚ but also to fine-tune ahead of the African Under-23 Championship qualifiers against Zimbabwe in September.

Mahlambi will have to restore his reputation over the coming months having had a good end to the season with Sundowns‚ scoring the goal against Free State Stars that saw them crowned league champions on May 11.