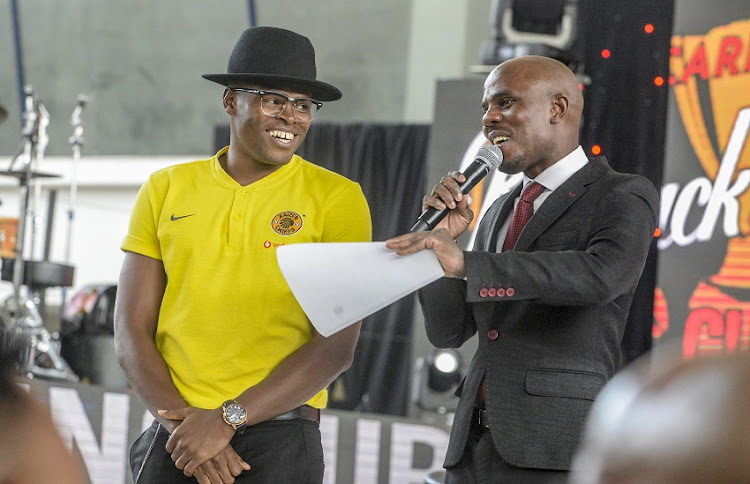 Willard Katsande has admitted that Kaizer Chiefs’ supporters have a right to be angry and to criticise the team and their players for a woeful 2018-19 season.

Chiefs’ 33-year-old captain said that he accepts the criticism that has been directed at the senior and ageing players in Amakhosi’s squad‚ including himself‚ after the Soweto giants finished outside the top eight in the Absa Premiership for only the second time.

Chiefs followed up their ninth-placed league finish by failing to beat National First Division TS Galaxy in the Nedbank Cup final‚ losing 1-0 and extending their barren run of trophies to an unprecedented four seasons.

The backlash on social media‚ and in the street‚ from their supporters has been noticeable and Katsande has found himself among those singled out.

“You know‚ I’m a big guy‚ I’m a big dog - I take any criticism‚” the veteran defensive midfield stalwart said.

“You know‚ it’s easy to point fingers because we are senior players.

"And when things don’t go according to plan of course we are there to be blamed.

“You take the criticism and turn it in a positive way so that you’re going to come back with something to prove.

“So I’m not bothered about it. The fans obviously are upset because we never delivered trophies in the past four seasons.

“They have the right to be angry with us. And we respect them. You won’t even hear me responding badly to them.

“I will actually tell them‚ ‘You really are telling the truth. We didn’t give our best. But‚ what I can promise you is to affect the future. I can’t affect what happened yesterday – I can only affect what happens tomorrow’.”

Chiefs had already begun releasing players they deemed surplus to requirements before the end of the 2018-19 campaign‚ including Hendrick Ekstein‚ Gustavo Paez and Virgil Vries.

The club have indicated more players will be shown the exit door.

“I’m here to speak on behalf of the team.

"And‚ going forward‚ as a professional you plan for the future – until tomorrow‚ where you might get someone saying that you can’t continue.”