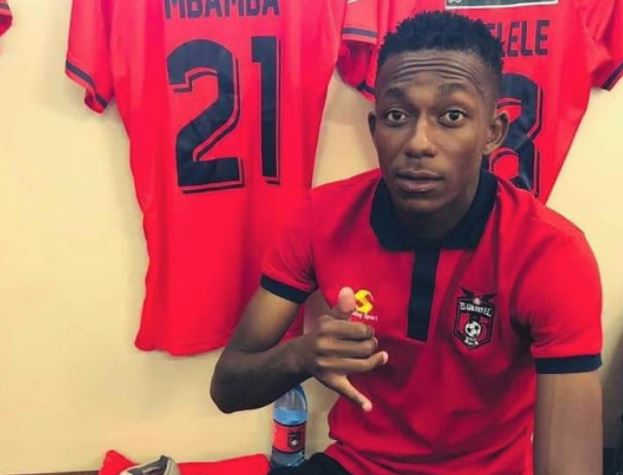 TS Galaxy midfielder Thembinkosi Mbamba will be laid to rest at the Nigel Cemetery (East Rand) in Duduza on Saturday‚ the club announced on Tuesday.

Mbamba died in a car accident on Saturday morning while travelling with his parents.

Club spokesperson Nombasa Zini confirmed that a memorial service would be held for Mbamba at the Duduza Multi-Purpose Centre at 12 noon on Thursday and the funeral service will take place at the same venue on Saturday.

“The funeral service will start at 8am sharp and by 11.30am we should be proceeding to the burial site at Nigel cemetery‚” said Zini.

Mbamba was one of the Galaxy players who made history in SA football a week ago when they defeated Kaizer Chiefs in the final of the Nedbank Cup in Durban‚ becoming the first lower tier club to win the national cup.

The left-footed Mbamba played 12 matches for Galaxy in the National First Division (NFD)‚ scoring one goal and helping the club finish on the 8th spot on the log.

The 23-year-old started in the final but was substituted for tactical reasons before the interval by Galaxy coach Dan Malesela.

Zini said she was not in a position to offer an update on the condition of Mbamba’s parents who were taken to hospital after the accident.