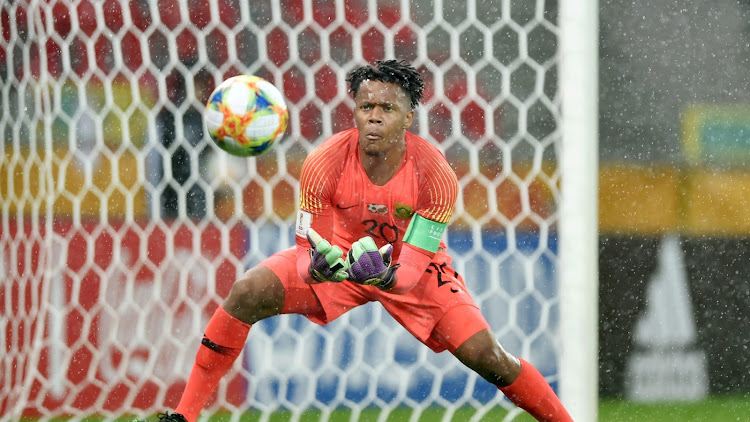 South Africa’s hopes of reaching the second round of the FIFA Under-20 World Cup are all but over after a 1-0 loss to South Korea in their second Group F clash in Poland on Tuesday.

Amajita bossed the first half in torrential rain and should have gone into the break with the lead, but wilted badly in the second period as the Koreans took charge and claimed the points.

Coach Thabo Senong’s side must now push for a handsome win over Portugal in their final pool game on Friday, and hope other results go their way, to stand a chance of advancing to the knockout stages, but on the evidence of their performance in Tychy that looks a long shot.

It will be a worry for Senong that in both matches at the competition the side has failed to fire in the second period, barely managing an effort on goal against the Koreans.

Senong made three chances to his starting XI from the side that lost 5-2 to Argentina in their pool opener.

South Africa dominated the chances in the opening half, especially from set-pieces, with goalkeeper Khulekani Kubheka a virtual spectator.

Monyane’s effort looked to be nestling in the bottom corner before it struck a defender and was deflected onto Gwangyeon Lee, who was able to beat it away.

The best chance of the half fell to defender Keenan Abrahams, who was unmarked at the back post from a corner, but steered his header the wrong side of the post with the keeper in no man’s land.

Monyane also had a good opportunity at the back post as he stretched to shoot from deep cross into the box, but Gwangyeon Lee did well to get down quickly and turn the ball away for a corner.

The Koreans started the second half as the brighter side and were unfortunate not to take the lead on the hour-mark when Hojin Jeong curled the ball onto the crossbar with Kubheka rooted to the spot.

The Asian side did find the opener on 68 minutes as the Amajita defence failed to deal with a looping ball into the box and Hyunwoo Kim’s header somehow crept past Kubheka and the defender on the line and into the net.

Malebogo Modise had a late chance with a header from a corner, but Gwangyeon Lee held on, leaving the Koreans to celebrate the win.