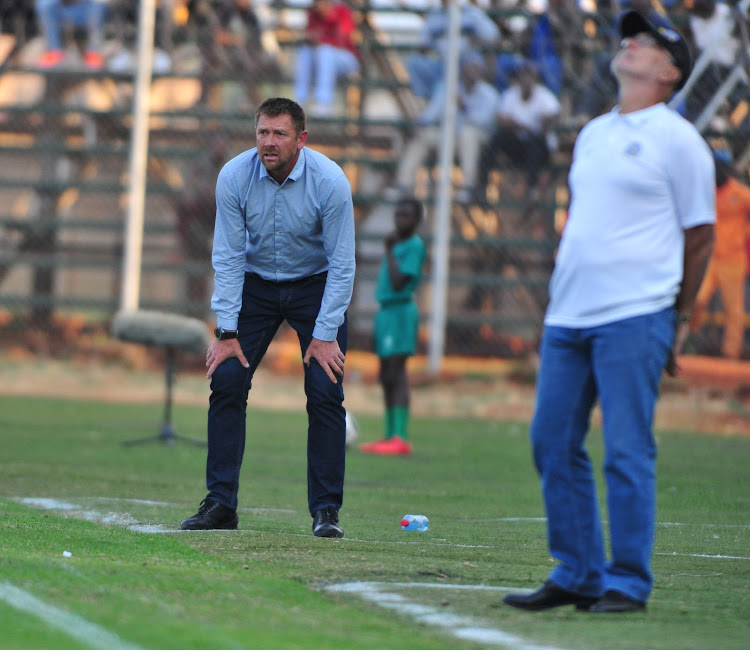 Maritzburg United can ensure that they finish top of the Premier Soccer League`s post-season promotion-relegation playoffs and keep their top-flight status with just a single point from their last two games.

They have a three-point lead over both Royal Eagles‚ who they play away at Chatsworth Stadium in Durban on Wednesday‚ and Tshakhuma Tsha Madzivhandila‚ who they host at home in the last playoff game on Saturday.

Both kick off at 3pm and are being televised.

Maritzburg have already beaten the pair but key to their positive position is the fact that the two National First Division (NFD) outfits have cancelled each other out in the head-to-head meetings with the home teams taking the points in both games.

Maritzburg go into Wednesday's clash clash against Eagles‚ who finished second in the NFD‚ on the back of a five-match unbeaten run (four wins and one draw) since their last defeat‚ when Orlando Pirates beat them at the Harry Gwala Stadium in late April.

Maritzburg have a full strength squad available‚ officials said on Tuesday‚ to finish off the job as they seek to become only the fifth PSL side to hold onto their top-flight status in the playoffs.